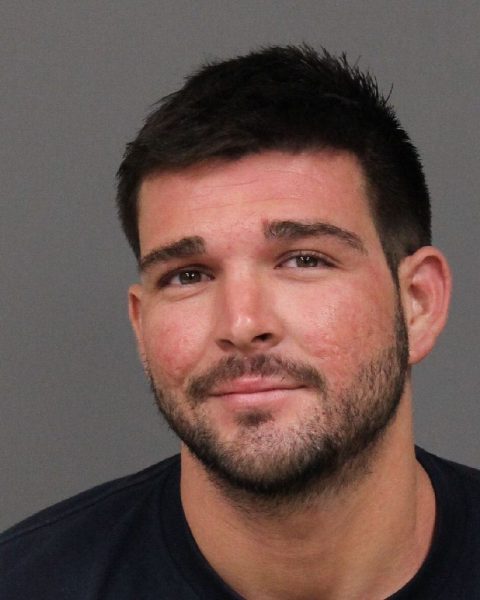 –On Friday, San Luis Obispo County Sheriff’s deputies responded to a report of shots fired in the 60 block of Laguna Way in the Los Robles Mobile Home Estates in rural Paso Robles. Deputies say the occupant of a mobile home fired a shot which traveled through the residence and into the mobile home next door. A bullet was recovered at the scene. No one was injured.

When deputies arrived on scene, they contacted the suspect identified as 28-year-old Jordan Nogo of Paso Robles. Nogo attempted to conceal a handgun in his clothing. He then fled in a black VW Passat.

Later in the day, deputies received a report that a suspect from an earlier incident had been spotted in the area of Ground Squirrel Hollow Road in rural Paso Robles.

Deputies initiated a high-risk traffic stop on Geneseo Road. Nogo stopped the vehicle but refused to comply with demands that he exit the vehicle. In the meantime, Geneseo and Union Roads were blocked off. A reverse 911 was sent to residents in the area advising them of the situation. Busses filled with children from local schools were rerouted around the area.

Deputies were in constant contact with Nogo but he still refused to leave the vehicle. At approximately, 3:50 p.m., Nogo left the vehicle and was taken into custody without further incident. Nogo was arrested for parole and weapons violations.