District Attorney Dan Dow announced yesterday the sentencing of 33-year-old Beau Evan Brigham. Less than one month ago, a San Luis Obispo County jury found Brigham guilty of soliciting the murder of his stepmother after a three-week trial that involved introduction of cyber forensic evidence and testimony from expert witnesses and the victim. Judge Jesse J. Marino sentenced Brigham to the lowest possible prison sentence of three years. California law allows this charge to be sentenced up to nine years in prison. Due to credit for the time already served, the defendant will serve approximately four months additional time from today’s date.

“While we recommended more than three years, a prison sentence is the only appropriate punishment for the extraordinary steps Beau Brigham took to anonymously have someone killed,” said District Attorney Dan Dow. “Mr. Brigham tried to anonymously plot and secure the death of his stepmother on the ‘dark web’ when he extensively researched, found, and attempted to secure a hitman. This cowardly criminal used the latest technology to prevent his detection, but he could not successfully hide. I am grateful that the expert staff and resources of our Central Coast Cyber Forensic Laboratory assisted in proving this crime so that it could be successfully prosecuted. And most importantly, I am grateful for the courage of the victim who reluctantly came to court only to endure the rigor of cross examination.”

The investigation into this crime began in May 2018 after national news network correspondent Peter van Sant of CBS News’ 48-Hours contacted District Attorney Dan Dow and provided the initial tip via a Skype conference call. The tip was based on information that had been captured from the dark web by Chris Monteiro, a concerned citizen and cyber expert residing within the United Kingdom who had provided information that assisted prosecutions in other jurisdictions.

The District Attorney’s Office Bureau of Investigations immediately contacted the San Luis Obispo Police Department who took the lead role in investigating this murder-for-hire plot. The joint investigation confirmed that, in April of 2018, Brigham had solicited the murder of his stepmother through a murder-for-hire website on the dark web, Cosa Nostra. 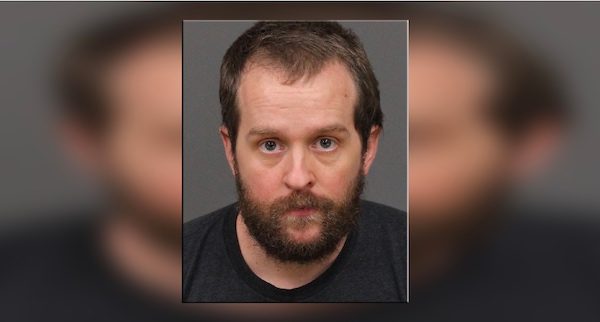 The case was initially brought to the attention of local law enforcement by CBS 48-Hours in May of 2018. At that time, 48-Hours provided the San Luis Obispo County District Attorney’s Office Bureau of Investigations with evidence of Brigham’s murder-for-hire plot. The information had been captured from the dark web by a concerned citizen residing within the United Kingdom. A joint investigation by the City of San Luis Obispo Police Department and District Attorney’s Bureau of Investigations confirmed that in April of 2018, Brigham had ordered the murder of his step-mother through a murder-for-hire website on the dark web, Cosa Nostra.

“Our office is committed to pursuing crime wherever it exists, even in the dark web that is like a darkened back-alley of the internet filled with predators and seedy shysters who are ready to sell contraband or defraud their anonymous customers,” said District Attorney Dan Dow. “This verdict tells criminals that you cannot hide in the shadows of the dark web. We are incredibly grateful to the jury for their hard work in this groundbreaking cyber-crime case.”

The jury reached their verdict after nearly three weeks of testimony and approximately seven hours of deliberation. Sentencing is scheduled for September 10, 2019, in Department 10 of the San Luis Obispo County Superior Court, the Honorable Jesse J. Marino presiding. Brigham faces a maximum of 9 years in state prison for his conviction.