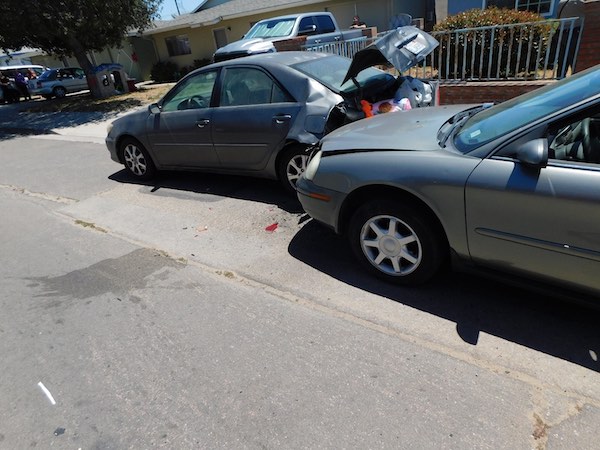 –On June 14, San Luis Obispo County Sheriff’s Dispatch received a 911 call that an explosion had been heard and a vehicle was possibly on fire in the 1900 block of Ocean Street in Oceano. Deputies, fire, and ambulance were dispatched to the scene. Deputies from the sheriff’s South Station in Oceano arrived within minutes of the initial call.

They discovered a 69-year-old man was unconscious in a vehicle that appeared to have struck a parked car. It’s believed the man had a medical event that caused him to crash. The man was not breathing and only had a faint pulse.

Deputies removed the man from the vehicle and immediately began CPR. Five-Cities Fire and San Luis Ambulance arrived on scene and took over the CPR process. After about 10-15 minutes of CPR and the use of a defibrillator, Paramedics located a pulse and observed the man breathing on his own, however shallow. The victim was transported to a local hospital for further treatment where he is said to be in stable condition.

If not for the quick action of sheriff’s personnel, San Luis Ambulance, and the Five-Cities Fire Department, the victim may not have survived the event, the sheriff’s office says.