Paso Robles News|Wednesday, October 21, 2020
You are here: Home » Crime » Man reports being beaten up, left by side of the road near Morro Bay

Man reports being beaten up, left by side of the road near Morro Bay 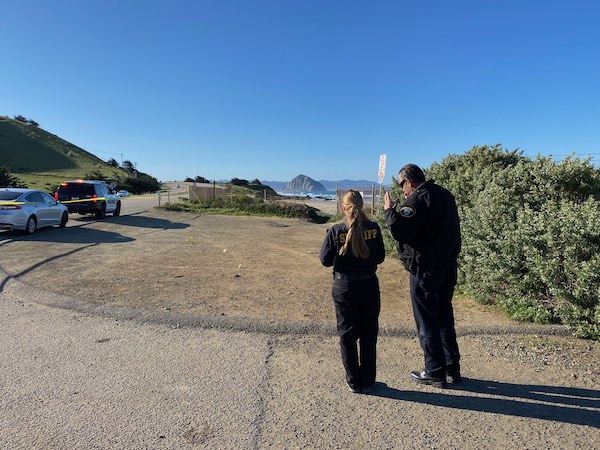 –On Thursday, April 2, at approximately 1:55 a.m., Morro Bay Police were dispatched to the 2400 block of Main Street. Officers arrived and located an adult male victim who reported that he had been driven to the dirt parking lot on Hwy 1 south of Torro Creek Road in Morro Bay by three suspects.

The victim said he got out of the car and was struck in the head numerous times by the suspects and left on the side of the road. The victim walked into town from the location of the assault, attempting to get help by knocking on doors. He was transported to an area hospital with numerous head and facial injuries.

Morro Bay Police responded to the dirt parking lot on Hwy 1 and Torro Creek Road and were able to locate the crime scene. The popular parking area was blocked to parked traffic until 10 a.m. for processing.

The investigation is ongoing and the three suspects remain at large.

Anyone who has any information regarding this incident is asked to please contact the Morro Bay Police Department (805) 772-6225 or San Luis Obispo County Crime Stoppers at (805) 549-STOP.