None of the involved parties have been located 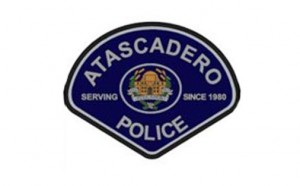 –On Saturday, April 16, at approximately 7:23 p.m., the Atascadero Police Department received a report of an altercation on the northbound US 101 off-ramp at Curbaril Ave. in Atascadero. A reporting party said there was a male at the location that was bleeding from the head. The subject stated he had been shot, which was consistent with a gunshot heard in the area.

Officers from the Atascadero Police Department and the California Highway Patrol responded to the area; however, all of the involved parties had left the scene. Officers did locate evidence on the off-ramp, consistent with the information reported to The California Highway Patrol and Cal Trans closed the off-ramp and Curbaril Ave was closed to traffic between El Camino Real and the freeway while the crime scene was investigated.

This incident is still under investigation by the Atascadero Police Department. As of the publishing of this article none of the involved parties have come forward.

The involved vehicles were described as a dark, possibly blue sedan and a red or maroon Mitsubishi Gallant.

Anyone with information on this incident is encouraged to contact the Atascadero Police Department.