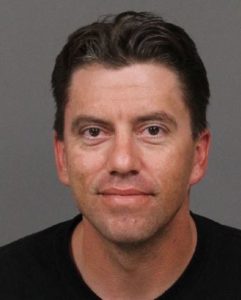 –On Tuesday, investigators from San Luis Obispo Police, the San Luis Obispo County Auto Theft Taskforce (SLOCATT) and Arroyo Grande Police Departments located a stolen vehicle in the 200 block of Whiteley in the City of Arroyo Grande. Investigators believed Zachary Hamiln, the suspect wanted in connection with multiple auto theft cases in the county, was staying at a residence in the immediate area of the stolen vehicle.

Surveillance ultimately led to investigators watching Hamlin enter the stolen car. When officers attempted to take Hamlin into custody he fled from the stolen car on foot and was located hiding nearby behind a parked car. Hamlin was taken into custody without injury and was later booked at the San Luis Obispo County Jail on several counts of possessing a stolen vehicle, possession of burglary tools and a no bail probation warrant. This investigation is ongoing and additional details will not be available at this time. 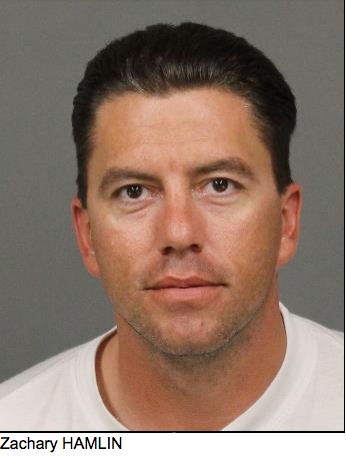 Crime Stoppers offering $1000 reward to information leading to his arrest

–Since the beginning of July the San Luis Obispo, Arroyo Grande, Grover Beach and Pismo Beach Police Departments along with the California Highway Patrol have taken approximately 40 stolen vehicle reports. A majority of the vehicles stolen have been late 90’s to early 2000’s Honda Civics and Accords. This is a sharp increase in the number of stolen vehicles normally reported. Investigators from each of the above agencies have been working to identify the person responsible for the increase in stolen vehicles.

Zachary Hamlin, a 37-year-old San Luis Obispo County resident, has been identified as the suspect responsible for several of the stolen cars. There is currently a warrant for his arrest due to violation of his probation stemming from an unrelated stolen vehicle conviction.

Investigators are actively looking for Hamilin but have not been able to locate him. Crime Stoppers is offering a $1000 reward leading to the arrest and conviction of Hamlin. If you have any information related to the increase in stolen vehicles or the location of Hamlin you are encouraged to call the San Luis Obispo Police Department at 805-781-7312, your local police department or Crime Stoppers at 805-549-STOP.

SLOPD utilizes Nixle as an electronic information sharing system. Refer to nixle.com. to create an account and receive automatic timely updates and important news. Anonymous information may be referred to Crime Stoppers @ (805) 549-STOP.