California is on track to post a record $3.1 billion in licensed cannabis sales this year, solidifying its status as the largest legal marijuana market in the world, the LA Times recently reported.

But not everyone in this county is happy about it.

The SLO Cannabis Watch Group said: SLO County now stands at the precipice of a sad and dangerous paradigm shift for its rural residents and billion-dollar traditional farming economy thanks to the misguided and ill-influenced direction of County Supervisor John Peschong and SLO county’s version of the ‘doobie brothers’ – Adam Hill and Bruce Gibson. Their reckless kowtowing to big cannabis and their ‘eminent domain’-style takeover of rural neighborhoods is perhaps motivated by fanciful dreams of being the saviors of county coffers, albeit at the expense of rural homes and traditional agriculture.

With some 20 cannabis farms already approved in the county, about 100 applications are still pending, the group said.

Disclaimer of map from SLO Cannabis Watch Group: “Note that we attempt to keep these cannabis referral locations up-to-date, but that SLO County have been slow to update. Also note that there may be significantly more applications received by the county. It is best to contact the SLO County Planning Department directly to determine the cannabis industry’s plans for your neighborhood. Many residents of SLO county have received indication of a cannabis application hearing with little to no notice, and no time to prepare! Some locations – especially those in rural locations without a street number – are approximated by nearest intersection. Viewers should always use the SLO County planning department’s Assessor Parcel Number at this link to look up detailed information about the property and its location.” 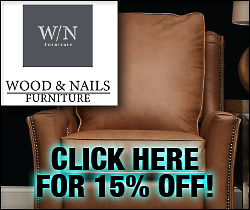