‘March for Our Lives’ happening in San Luis Obispo 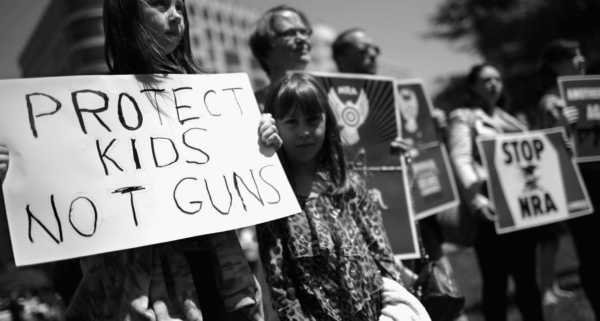 –On March 24, San Luis Obispo will participate in March For Our Lives event, a nationwide demonstration spearheaded by a group of teenagers who reportedly survived the mass shooting in Parkland, FL. The purpose of this event is to send a clear message to Congress that they must act now in order to create a positive and just future by ending gun violence in our schools, and mass shootings in our nation, according to group organizers.

“It is wholly unacceptable for weapons of war to be brought onto the campus of a school and for children to fear for their lives inside of a classroom,” said Elena Cota, Co-leader of the SLO High School Progressive Club. “It’s important and necessary to take a stand because the people who have the ability to enact gun control laws continually fail us. There is unparalleled strength in numbers, and as the voters of the future, all students must hold our leaders accountable for their actions – or in this case, lack of action.”

March For Our Lives San Luis Obispo is organized by Together We Will SLO and Women’s March SLO, and supported by a number of local organizations, including SLO County Progressives, SLO Mothers For Peace, Unity of SLO, Village Preschool, Habitat Studio Architecture and Bend The Arc SLO, among many others. The event will start at 2 p.m. in San Luis Obispo (exact location to be determined) with a rally featuring student speakers, and continue with a march through downtown. Organizers encourage people to bring signs that promote an end to school and mass shootings in America.

Jennifer Burton Bauer, Co-leader of TWW SLO, said: “As a mother and local teacher, I can’t fathom the thought of a mass shooting happening here in SLO, yet it could. This is our new reality; a new norm and I refuse to accept it. After Sandy Hook I thought for sure our representatives would enact sensible gun laws to keep children safe in schools, yet they let us down. Lawmakers say this isn’t the time to talk about gun laws, but if not now then when?”

You can find out more about this event on Facebook or on the Women’s March SLO website. This event is open to public and free of charge. Organizers are asking for donations to cover the cost of permitting, sound equipment, safety and support services.

Posted in:  Politics, Region
About the author: News Staff