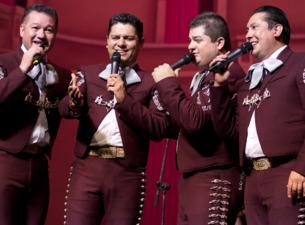 –Mariachi Vargas De Tecalitlan with special guest Yolanda Del Rio, will perform on October 30 at Vina Robles Amphitheatre. The show will start at 6 p.m., and doors will open at 4:30. Tickets are available online.

Internationally acclaimed as “the best mariachi in the world,” and originally founded by Don Gaspar Vargas, Manuel Mendoza and two violinists in the town of Tecalitlan, Mexico in 1898, this mariachi group has since starred in more than 200 movies, recorded dozens of albums of pasodobles, valses, bailables, polkas, and danzones, as well as collaborated with various artists including Juan Gabriel and Linda Ronstadt.

One of the most successful ranchera singers Yolanda del Río, born in Pachuca in Hidalgo state. Del Río, began singing as a child and performed on radio and at festivals. She eventually sold almost 20 million records around the world, capturing a Grammy Nomination in 1984.