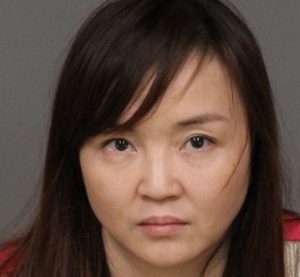 –Over the past several months, the Atascadero Police Department, in partnership with the San Luis Obispo Police Department and the San Luis Obispo County District Attorney Human Trafficking Task Force, conducted code enforcement compliance checks and undercover operations at numerous massage parlors located in the City of Atascadero. This investigation and subsequent operations were in response to complaints of unlawful business practices, including suspected prostitution and possible human trafficking. As a result of the operation, three businesses in Atascadero were potentially identified as offering sexual acts for money.

On April 10, 2019, the Atascadero Police Department and the San Luis Obispo County District Attorney’s Office Bureau of Investigations served search warrants at three businesses located in the 7000-8000 blocks of El Camino Real. Although this investigation is still ongoing, the Atascadero Police Department is currently filing charges of prostitution with the District Attorney’s Office against one person. In addition, the search warrants resulted in the arrest of one individual for an outstanding warrant; two locations were cited for Labor and Insurance Code violations; and one business was Yellow-Tagged (limited use, for repairs only) by city officials, for being unsafe due to building code violations.