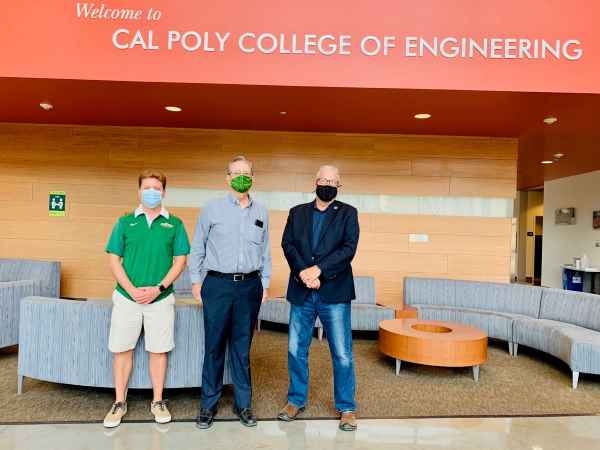 –Conversations continue with a wide range of companies from the numerous sectors of the space industry who have expressed early interest in a potential Paso Robles Spaceport.

A number of companies involved in the space technology sector have been in contact with the city regarding the spaceport project and the city is actively researching the potential opportunities of the space tech economy.

A CubeSat is a type of miniaturized satellite for space research that is made up of multiple cubic modules of 10 cm × 10 cm × 10 cm (3.9 in) size and have a mass of no more than 1.33 kilograms (2.9 lb) per unit. CubeSat specifications were originally developed at Cal Poly for the design, manufacture, and testing of small satellites intended for Low Earth Orbit (LEO) that perform a number of scientific research functions and explore new space technologies.

Since nearly all CubeSats are 10×10 cm (regardless of length) they can all be launched and deployed using a common deployment system called a Poly-PicoSatellite Orbital Deployer (P-POD), also developed and built by Cal Poly.

The main reason for miniaturizing satellites was to reduce the cost of deployment. CubeSats were originally developed for academia, but due to the success and efficiency of the design the majority of CubeSat launches today are for commercial purposes such as agriculture, forestry, energy, media & entertainment, civil engineering, traffic monitoring, and archaeology. Learn more about CubeSat applications: 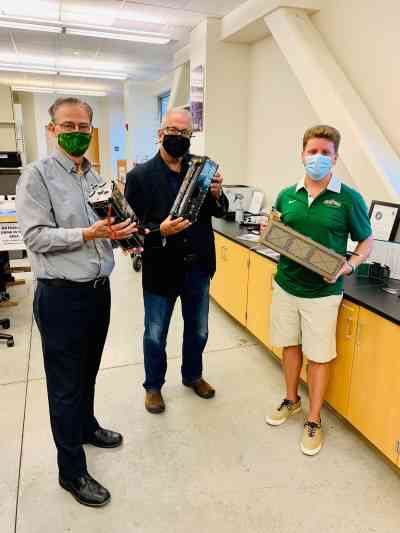 Pictured above, Mayor Martin, Commissioner Britton and Ryan Nugent of the CPCL hold examples of full-size CubeSats and a P-POD produced at the Cal Poly lab for launch into Low Earth Orbit (LEO).Also visited the same day was Stellar Exploration, a SLO-based engineering company specializing in satellite propulsion systems. 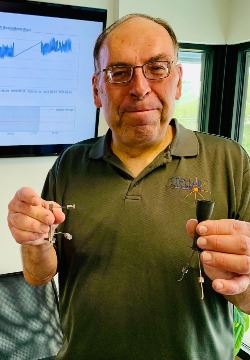 Dr. Tomas Svitek, President of Stellar Explorations, is pictured above holding full-size examples of the miniature rocket engines that are used to position CubeSats in the weightless environment of space.Dr. Svitek’s company has recently been featured in a number of news articles for their propulsion systems that are being used in launch programs with NASA.

Conversations continue with a wide range of companies from the numerous sectors of the space industry who have expressed early interest in a potential Paso Robles Spaceport.