Paso Robles News|Tuesday, December 7, 2021
You are here: Home » Top Stories » Mayor reports on plans to house as many as 5,000 migrant children at Camp Roberts

Mayor reports on plans to house as many as 5,000 migrant children at Camp Roberts 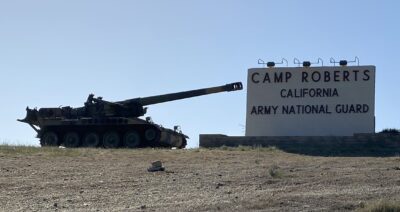 –The City of Paso Robles has been notified of the potential to re-locate migrant children from California’s southern border to shelter facilities at Camp Roberts, north of the city, according to Paso Robles Mayor Steve Martin.

“In a teleconference meeting with federal officials recently we were told as many as 5,000 unaccompanied migrant children could be processed at Camp Roberts,” said Martin. “I expressed concerns about the impacts on local traffic, medical services, educational services and housing. I was told that, if children were transported to Camp Roberts, they would not arrive all at one time, but in groups of a few hundred. I was also assured medical and educational services would be handled on-base and would not impact local agencies.”

Mayor Martin also expressed concerns about the needs of staff coming from out of the area and informed officials of the already tight housing market and the city’s reliance on local hotels for the tourism trade.

“I explained the housing situation clearly,” said Martin. “I insisted that, unlike similar operations in urban areas, this could have significant impacts on our community. I was assured I would be informed on plans as they develop.”

Martin said he has requested more information and assistance from state and federal representatives, “I have reached out to Congressman Salud Carbajal, State Senator John Laird and State Assemblyman Jordan Cunningham for assistance minimizing impacts of this operation, should it be executed, and keeping the public informed.”