From the blog of Paso Robles Mayor Steve Martin. 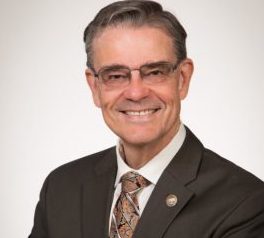 –It’s been a busy couple of months in our little town. The Council has wrestled with some major issues and, with the help of much public input, has made several significant decisions. None without controversy.

The downtown parking challenge was somewhat alleviated during the recent pilot parking program which featured passes for downtown employees. The inexpensive passes provided employees with access to designated parking areas in five locations. During a review of the results of the program, the Council learned that one of the designated areas (at the train depot) was not being utilized. It was removed from the list. The Council directed that other city lots be upgraded with improved surfacing and lighting to make a safe environment for those who walk to and from them to jobs in the downtown. The Council also decided to continue and expand the parking program by implementing timed parking zones enforced by electronic license plate reading devices. We will continue to monitor progress and make changes as necessary.

After several public hearings, the Council voted unanimously to pursue an agreement with a power aggregation company headquartered in Monterey County. The power will be delivered by good old PG&E. For those who wish to remain PG&E power customers, all that is required is a simple postcard opt-out. With the closure of Diablo Canyon, significant liability following major wildfires and a changing business model, PG&E anticipates potentially significant changes in the future. Our action gives local residents greater choice and control regarding power providers.

After four years of meetings and public input, the matter of short-term rentals in R-1 residential areas came to a head this month. Our citizens task force recommended a variety of management strategies including a cap of 100 short-term rentals in R-1 areas. The Planning Commission concurred on the cap and modified some of the strategies. When it came before the Council on June 5, only three members could hear the issue (myself, Councilwoman Garcia and Councilman Strong). Councilmen Gregory and Hamon recused themselves to conflicts of interest. In a meeting that lasted five hours, citizens expressed their views civilly and positively. I am proud of the way people on both sides of the issue handled the situation. It speaks very highly of our community.

The action before us was a first reading of a new ordinance. Legally, our decision required a unanimous vote. I strongly advocated the strategies which had been developed and presented by our citizens task force and Planning Commission during 29 different meetings. Councilman Strong felt the approach to the problem was flawed. Councilwoman Garcia felt that 100 short-term rentals would reduce the affordability of housing in the city. After much Council debate and five deadlocked ballots, I agreed to a two-year phase-out of short-term rentals in R-1 zones. To allow the deadlock to prevail would have meant no regulations to preserve quality of life in our neighborhoods and an explosion of short-term rentals.

The issue will come back one more time for a second reading and implementation. You can check Council agendas and minutes at www.prcity.com.

I knew going into this meeting some people would be disappointed no matter what action we took. I want to thank everyone again (regardless of which side of the issue you support) for engaging in the public process so positively. Now we need to work together to make this decision work for all of us.

After a gloriously wet winter we are feeling the approach of a good, old-fashioned, hot Paso Robles summer. May yours be filled with family barbecues, lazing by the pool and all the perks of living in one of the best cities in the world.

Until next we blog, here’s to you Paso Robles!