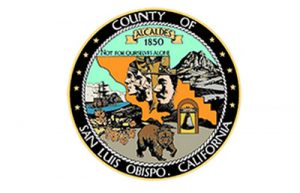 The stipulated judgment between McNamara Realty and the San Luis Obispo County District Attorney’s Office, resolves claims made in a civil enforcement lawsuit filed May 23, 2017. The lawsuit centered on McNamara Realty’s removal of approximately 1100 square feet of asbestos-containing acoustic ceiling material from several residential rental units under its management. The ceiling material was determined to be hazardous waste under state law. The suit also alleged that McNamara Realty failed to notify the San Luis Obispo County Air Pollution Control District prior to the removal of the ceiling material, failed to have staff trained in asbestos abatement on-site during the removal, failed to track the material as required by law, and caused the material to be disposed of at a facility that was not permitted to receive hazardous waste.

“California law describes the proper methods for the removal, transportation and disposal of hazardous waste, such as asbestos. When a business cuts corners in violation of the law it places competing companies at a financial disadvantage and places the health of the public at risk,” said District Attorney Dan Dow.

Under the settlement, McNamara Realty must pay $15,000 in civil penalties and $15,000 to reimburse the costs of the investigation. The property management company will be bound under the terms of a permanent injunction prohibiting similar future violations of law. McNamara Realty was cooperative in the investigation and has implemented procedures designed to eliminate the improper removal and disposal of asbestos containing material.

This case was investigated by the San Luis Obispo County Air Pollution Control District in conjunction with the District Attorney’s Consumer and Environmental Protection Division and was prosecuted by Deputy District Attorney Eric Dobroth.