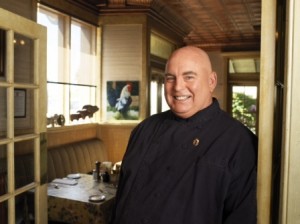 McPhee’s Grill Chef-Owner Ian McPhee and his wife June are celebrating 20 years of serving customers in their downtown Templeton restaurant.

McPhee attributes his success in reaching this milestone anniversary to both the growth of the surrounding wine country, tourism and the loyalty of his local customers. He recalls that when he and his wife, June, first opened the restaurant in 1994, there were about 20 wineries in the surrounding area. Today, more than 250 dot the countryside. Tourists and locals alike have been loyal patrons to McPhee’s Grill and that loyalty, McPhee says, is a result of his commitment to the philosophy of “great food and great service.”

In January of 1994, after operating Ian’s Restaurant in Cambria for 10 years, McPhee and his wife purchased the current building at 416 S. Main St. in Templeton. They spent four months remodeling the building, previously the home of Main Street Grill, and opened McPhee’s Grill. Family-owned and operated, the McPhee’s have employed all four of their children at the restaurant, two of whom still work for the restaurant today. McPhee says the large wine tourism industry on the Central Coast now brings numerous “foodies” to his door, but his core customer base has remained the same since the outset.

“I have customers that came to me the first week that I opened my restaurant in Cambria in 1983, and that still come to my restaurant in Templeton on a regular basis to this day, ” McPhee said. It’s an amazing thing – we love being supported by the community. It’s truly the most rewarding part of my job.” 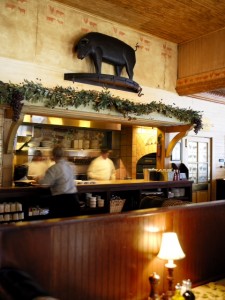 Gary Eberle is a long-time patron of McPhee’s, including visits to the former Cambria location, and has hired McPhee for 30-plus years to cater various Eberle Winery events.

“Ian was the first all-star chef to come to this area and take a chance on Paso Robles and Templeton before it was discovered. He was a pioneer for the area and was instrumental in getting other restaurants and wineries to join the effort,” Eberle said. “I think you could argue with anyone that Ian makes the best meal in town – 20 years ago this region was ready for the quality of cuisine Ian brings to the table, and year after year we continue to enjoy everything he has to offer.”

The McPhee’s believe in giving back to the small-town community that has supported their restaurant by donating to a number of non-profit organizations on a regular basis including the Boys & Girls Club of North County, the Templeton Education Foundation and the Templeton Library Foundation.

For more information about McPhee’s Grill, including hours and menu, call (805) 434-3204 or visit mcpheesgrill.com.