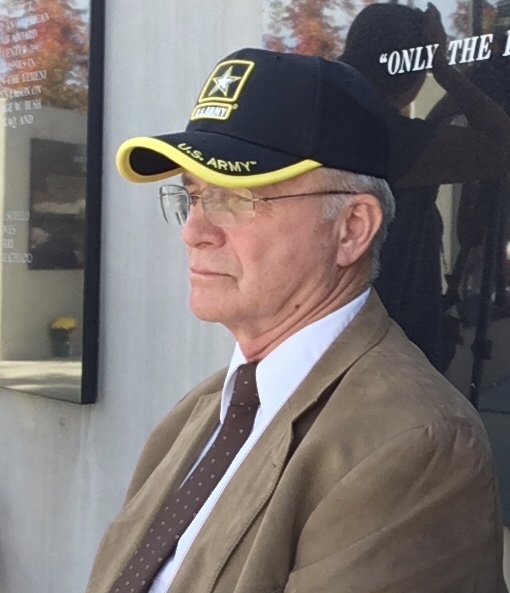 –Bill’s Last Farewell will be held Saturday at the “Faces of Freedom” Veterans Memorial at Atascadero Lake Park. The tribute to Colonel Bill Hatch will honor his service and celebrate his life. Hatch served decades in the US Army and California National Guard. He died of brain cancer in May.

Bill Hatch graduated from the US Military Academy in 1972. He commanded an Apache Attack Helicopter Battalion that spearheaded the Iraqi Republican Guard during Operation Desert Storm in 1991. He received the Distinguished Flying Cross, the Bronze Star, The Meritorious Service Medal, the Air Medal and the Defense Superior Service Medal, among other awards. He later served in Afghanistan.

After retiring from the active Army, Hatch served in the California National Guard. He was Commander of Camp San Luis Obispo and Commander of Camp Roberts. His final assignment, before retiring a second time, was as the Director of the California Specialized Training Institute (CSTI) in San Luis Obispo which offered an array of advanced training packages for California’s First Responders.

Bill lead the two-year effort to build the “Faces of Freedom” Veterans Memorial on Morro Road in Atascadero. He attended many ceremonies there to honor veterans on Memorial Day and Veterans Day.

Bill Hatch is survived by his three children and his wife of 38 years, Ann (Castles) Hatch from Stockton, CA. Bill and Ann chose to make Atascadero their home.

Bill’s Last Farewell will be held at 10 a.m., Saturday, June 29 at the “Faces of Freedom.” The public is invited to attend.