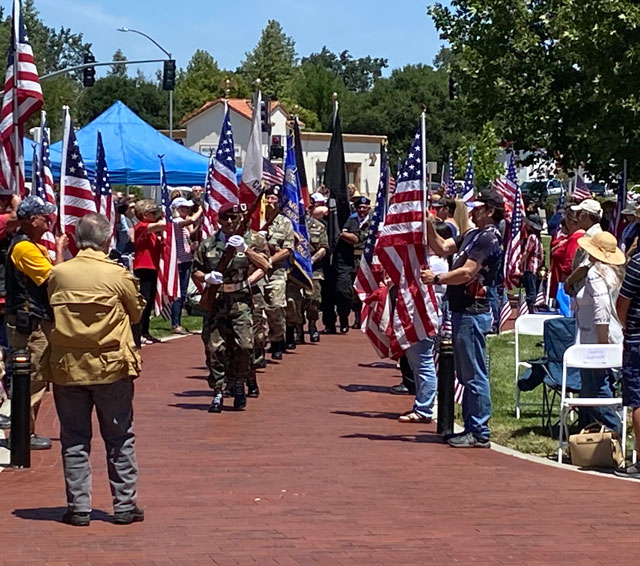 –Hundreds of people attended the Memorial Day Ceremony at the Faces of Freedom Veterans Memorial on Monday afternoon. The event opened with a flyover by retired military aircraft from the Estrella Warbirds Museum at noon. An 85-year-old veteran, George Marrett, flew the right-wing, which peeled off from the formation to represent the missing man, honoring those who did not return from their missions.

The Boots and Chutes, who served in the 82nd Airborne during the Korean War, the Vietnam Veterans of America Chapter 982, and the Chumash Color Guard, posted the ‘colors’, or flags, at the ceremony.

After veterans in attendance were recognized for their service, former Atascadero Mayor Ray Johnson talked about his 22-year-career in the U.S. Navy and the meaning of Memorial Day. 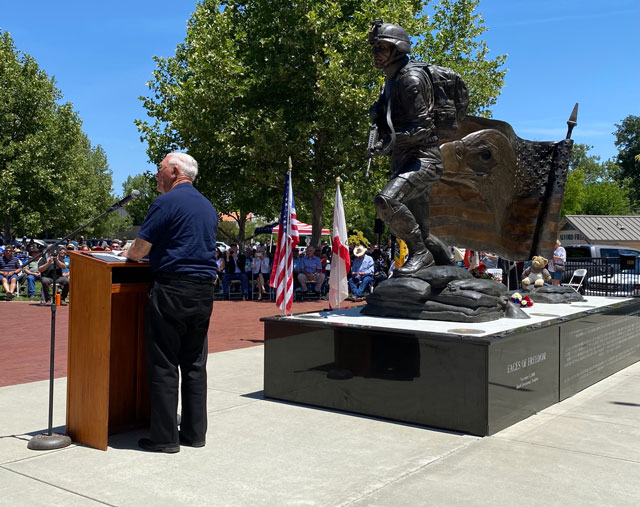 Former Atascadero Mayor Ray Johnson speaks to the crowd about his 22-year-career in the U.S. Navy.

A memorial wreath was placed in honor of all fallen Veterans, particularly those lost in the Vietnam War – including fallen soldiers James Duffey of the US Marine Corps Infantry and Wayne Lucas of US Army Aviation Armorer.

The crowd was estimated at between 600-800 people. Atascadero City Councilman Charles Borbeau said, “I think a lot of people missed not having it last year, so the attendance was great. And Ray Johnson did a great job.”

Atascadero Mayor Heather Moreno said, “I loved the benediction given by Pastor Campbell who talked about ‘Honoring their sacrifice by honoring our freedom.’ I thought that was so beautiful.”

Because of COVID-19 restrictions, there were no booths for non-profits agencies that provide services for Veterans, and there was no barbecue after the event. 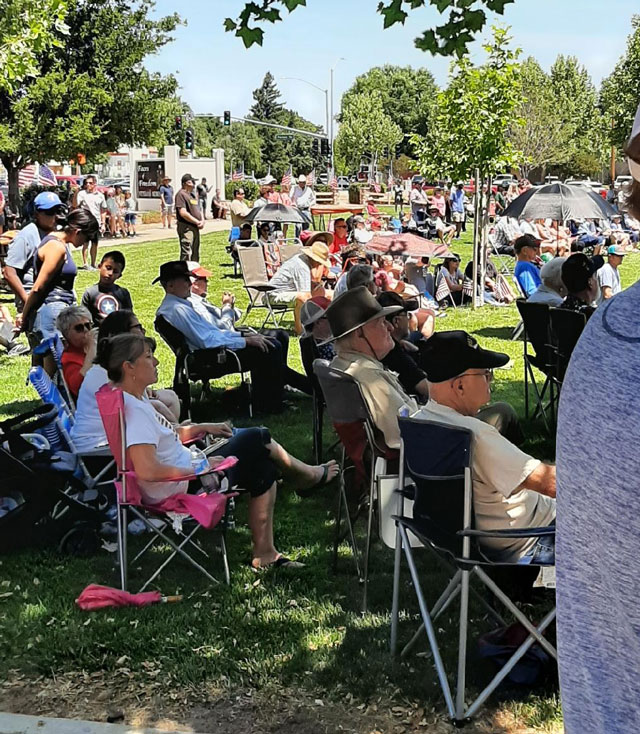