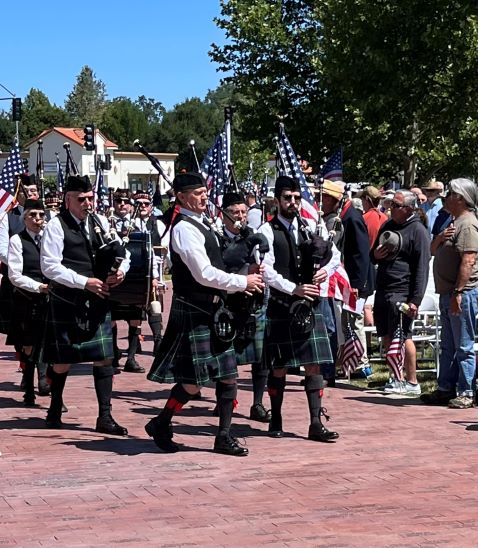 – North County commemorated Memorial Day at the Faces of Freedom Memorial in Atascadero Monday. The Estrella Warbirds began the ceremony with a fly-over. Escorted by the Central Coast Pipes and Drums, the Cal Poly ROTC Color Guard presented the colors. Members of the Atascadero High School Choir sang the National Anthem.

Pastor Garrett Kruse of Legacy Church in Atascadero gave the Invocation. The guest speaker was Corporal Tim Haley of the Central Coast Leathernecks Honor Guard. Marilynn Tenneberg and Linda Vleit presented a wreath in memory of Si Tenenberg, who was responsible for over 24,000 care packages being sent to active-duty men and women in the military. Si died earlier this year at the age of 87. 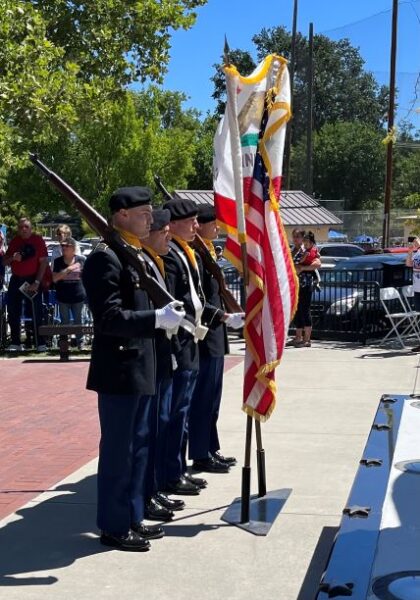 Afterward, Atascadero Mayor Heather Moreno talked about the patriotism displayed in the North County. Deputy District Attorney Mike Frye said he was impressed at the outpouring of support by the Atascadero Community for those who made the supreme sacrifice for our country. Frye represented District Attorney Dan Dow, who was under the weather. Frye is currently running for Judge in San Luis Obispo County.

Several hundred people attended the Memorial Day Ceremony at the Faces of Freedom in Atascadero.