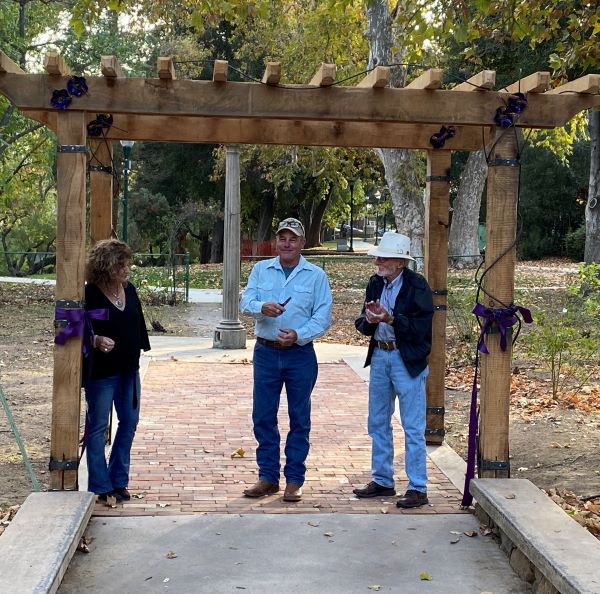 – Local Contractor Jim Wilkins and the Atascadero Historical Society dedicated the Memory Walk Friday afternoon near the Sunken Gardens. Wilkins built the Memory Gate out of wood from the old cedar trees which were removed from the front of the rotunda during its renovation. Bricks under the gate are for sale for $125 each, which offsets the cost of the Colony Heritage Center, which Wilkins is creating near the Atascadero Library.

Among a small crowd who attended the ribbon cutting and dedication, was 80-year-old bob Wilkins, who was the first elected Mayor of Atascadero, back in 1979. The family goes back to at least the 1860s in the county. 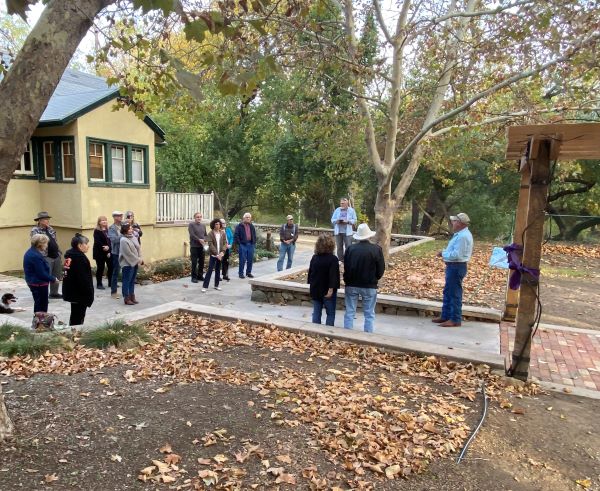 “I think it’s incredible,” said Bob, “Jim worked with the arborist to get the trees milled after they were taken down. He’s tying in the new Colony Heritage Center with old buildings from 100 years ago. He’s preserving the heritage of Atascadero’s unique history.”

Two Memory Gates are up around the Colony House Museum, near the pedestrian bridge. Two more will be erected at the Colony Heritage Center near the Atascadero Library.