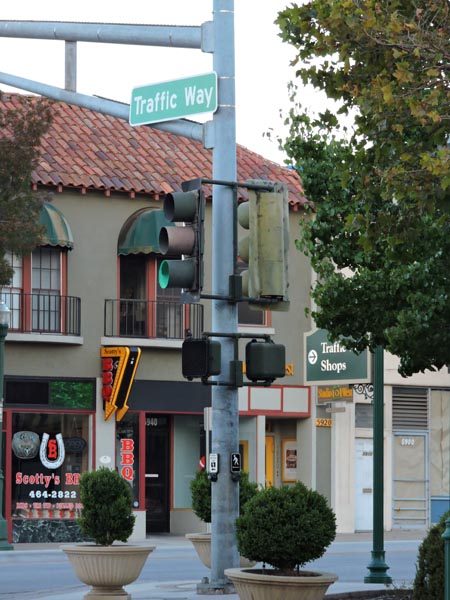 – Traffic Way merchants have joined with the City of Atascadero for a plan to bring more shoppers to their district. Merchants discussed ideas during a meeting at city hall on Aug. 19. Deputy City Manager Terrie Banish and Alfredo Castillo of the Community Development Department, assured attending merchants that the city could help once the plan is developed.

David Wilson, co-owner of Grape Encounters Emporium and KRUSH Radio personality, suggested that a plan to revitalize Traffic Way could be a model benefiting businesses on Entrada, and surrounding streets.

Bobbi Nunez, owner of the ARTery, sees Traffic Way as an after-work and weekend destination. “But, we need a cohesive vision,” she said.

Traffic Way is a mix of locally-owned businesses: A barber shop, hair salon, and nail salon mingle with food, art, wine, the Book Odyssey for new and used books, and Socrates Coffee House.

At the North-end of Traffic Way is the ART! cooperative and the Grape Encounters Emporium in the El Paseo courtyard. Businesses along the way include Woody’s Old Time Barber Shop, Atascadero Sewing and Vacuum, Musicians Unlimited, the Atascadero Art Association where Tisha Smith teaches art classes, Fig Good Food and the 805 Boardshop.

Fig Good Food, a popular local restaurant run by Chris Dillow, delivers food to neighboring businesses so patrons can enjoy a meal with coffee and music at Socrates or with wine at Grape Encounters. Dillow’s willingness to provide this service adds to the charm of the district. “The Fig” as it is known locally, is also a dining destination for Carlton Hotel guests. 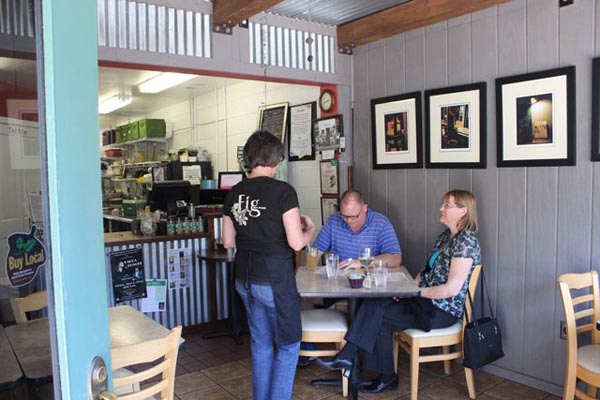 According to Bill Arkfeld of the ARTery, parklets work well in front of coffee shops, book stores and restaurants. He has seen parklets in the Bay Area and says they invite people to hang out and encourage pedestrian traffic. He feels that the loss of street parking would be minor, as Traffic Way area is near two large parking lots.

Parklets are gaining popularity across the country and the National Association of City Transportation Officials includes them in their “Urban Street Design Guide.” Parklets in Pismo Beach are successful, and despite removing their first parklet, the Morro Bay City Council remains committed to the idea.

Local resident, Liza Neville-Olson frequents Traffic Way and says parklets would encourage her to visit more and stay longer. Tara Polizzi, also a local, says Traffic Way businesses meet many of her needs. “I get strings for my violin at the music store, art supplies from the ARTery, and dinner from The Fig. Socrates has a great atmosphere and live music. I’ve heard the barber shop is great for an old fashioned shave and hair cut.” 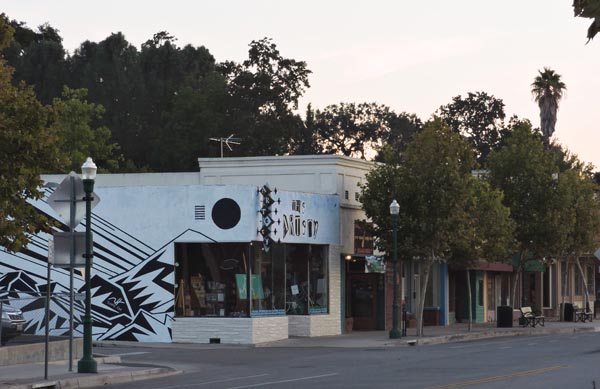