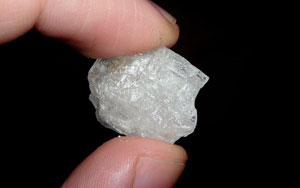 Yahoo News – In methamphetamine’s seedy underworld, traffickers are disguising the drug as a liquid to smuggle it into the United States from Mexico.

Dissolved in a solution, it’s sealed in tequila bottles or plastic detergent containers to fool border agents and traffic officers. Once deep in California’s Central Valley, a national distribution hub, meth cooks convert it into crystals — the most sought-after form on the street.

Tough policing has driven the highly toxic super-labs south of the border where meth is manufactured outside the sight of U.S. law enforcement, but the smaller conversion labs are popping up domestically in neighborhoods, such as one in Fresno where a house exploded two years ago.

Investigators say it’s impossible to know how much liquid meth crosses the border, but agents in Central California say they have been seeing more of it in the past few years.