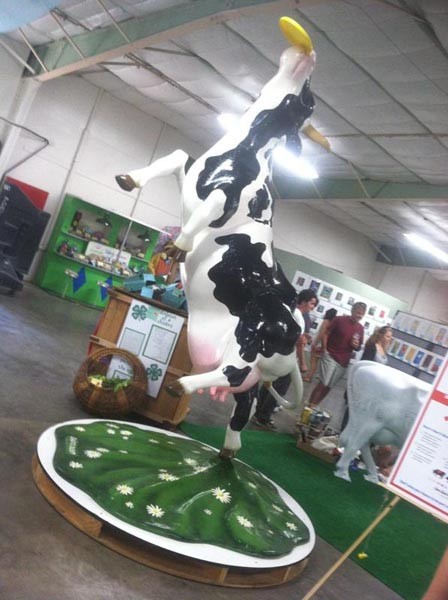 – Today began the first day of the California Mid-State Fair in Paso Robles, and it all kicked off smoothly, despite last minute cleanup efforts from last weekend’s storm. Thousands of people traveled many miles to be in attendance, from throughout the state, to be at the most well-attended event in San Luis Obispo County.

The day started off with the Cow Parade art exhibition, which features large acrylic cows uniquely painted that will be displayed around the county in high-traffic locations from January to August 2016, and eventually auctioned off. All of the proceeds from the Cow Parade exhibit auction will go to charity.

The Cow Parade exhibit in the fair’s Ponderosa Pavilion showcases two life-size, 120-pound, acrylic sculptures painted and developed by Michelle Watson, a Cuesta College art student from Harmony, California, and Carol Paulsen, a seasoned artist whose work has appeared in public spaces throughout the county. Additionally, a sculpture by Randy Gilman entitled “Daisy’s Dream” from the 2000 Cow Parade exhibit in New York City is being featured. “Daisy” was originally exhibited at ground level adjacent to Grand Central Station, was seen by tens of thousands of people and was the most-photographed cow in the 500-cow New York event. 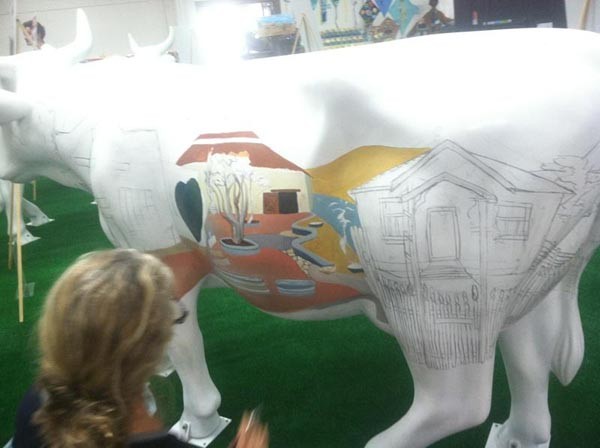 Pictured here is the early stages of the painting on the sculpture.

On the Bud Light/Cantinas Frontier stage, up and coming country band Turnpike Troubadours started off the night leading up to the big Meghan Trainor concert at the Grand Stand Arena also featuring Life of Dillon and Charlie Puth.

Walking around the fair, visitors encountered many of the classic food vendors that have become staples of the fair. Returning favorites included Hotdog on a Stick, Good Ole’ Burger, Tortilla Town, Slush Puppy, Gelato, and of course, Big Bubba’s Bad Barbecue. 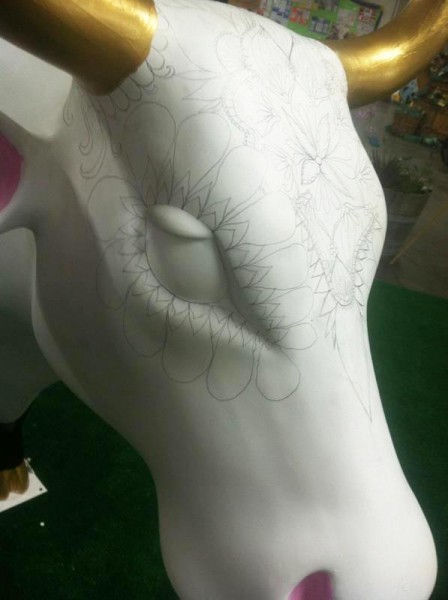 Over near the livestock area someone was apparently injured, as an ambulance was seen slowly driving through the crowd and the Paso Robles Gang Task Force was spotted in the area questioning individuals. No solid word on what had happened, but it appeared to be an intoxicated man who had somehow injured himself.

There were a few new rides that had not been there last year, including a new Zipper, a Haunted Mansion Funhouse, a Jumanji Funhouse, a pendulum style ride called The Pharaoh’s Fury, the Typhoon (which replaced the Super Himalaya this year), and an improved Gravitron which now tilts as well as spins. 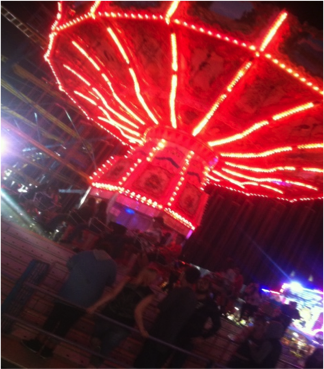 Both new and returning rides will be featured at the fair this year.

Later in the night as things began to slow down and the concerts ended, Jimmy’s Watering Hole began to fill up with attendees of the fair and the K-JUG Barn Dance kicked off for a solid three hours until the end of the fair. With nine more days to go and many more events to come, locals and visitors alike are surely looking forward to the rest of the Mid-State Fair.