One vendor busted in minor alcohol sting at Mid-State Fair

– On Tuesday, officers from the Paso Robles Police Department conducted a minor decoy operation designed to help reduce youth access to alcohol. This operation involved a minor attempting to purchase alcoholic beverages from licensed vendors working inside the California Mid-State Fairgrounds. The minor was being monitored by undercover officers. 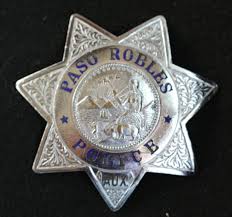 The operation took place at eleven different vendors inside the fairgrounds between 5-9 p.m. The minor would approach the bartender and attempt to purchase alcohol. The minor was able to buy alcohol at one location. The vendor that sold the alcohol was issued a citation. The penalty for this violation is a $1,000 fine and community service. The business where this vendor is employed will also be contacted by investigators from Alcohol Beverage Control and may face sanctions.

According to Paso Robles Police Lieutenant Tim Murphy, the one location that did end up selling to the minor, was operated by the Heritage Foundation, who held the alcohol license. The foundation had contracted the Ravine Water Park to host the stand, according to Murphy.

Paso Robles Police and Alcohol Beverage Control Investigators will be conducting similar operations in the coming months, with the goal being to reduce the availability of alcohol to minors.