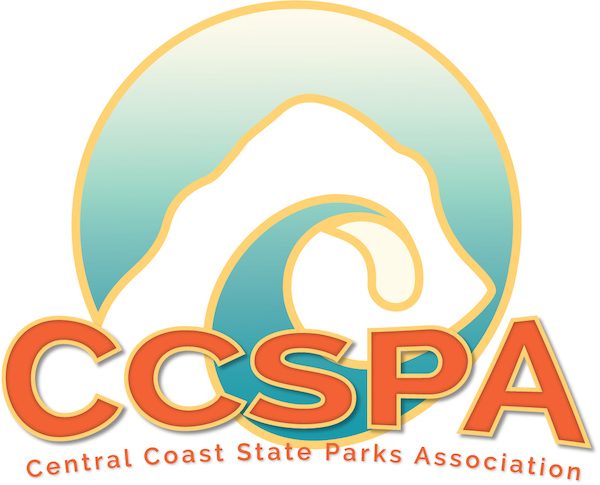 The talks are presented by the Central Coast State Parks Association.

–The Mind Walk Series, which is now in its 25th year, offers lecture on topics of interest to residents of the Central Coast, including cultural history, natural history, and current issues. All presentations take place at 10:15 A.M. every Monday during the winter months at The Inn at Morro Bay, 60 State Park Road, Morro Bay. Admission for Central Coast State Parks Association members and California State Parks docents is free; others pay $3 per lecture at the door.

Niki Sandoval, Education Director for the Santa Ynez Band of Chumash Indians, will share ways that ‘amuyich, a Chumash word that conveys the spirit of generosity, nurtures a vibrant and inclusive community.

Sandoval is a lecturer in the Gevirtz Graduate School of Education at UCSB and a trustee of the Santa Barbara Foundation. Her career began at the J. Paul Getty Museum of Art and continued at the Smithsonian Institution, where she held the position of Assistant Director of Community Services for the National Museum of the American Indian.

Camp San Luis Obispo may be the “Original Home of the California National Guard,” as the sign on its gate says, but over the last century it has been much more: a major training base for the army during World War II and the Korean War, a POW camp, and an important ongoing part of the National Guard.Dan Sebby will discuss the history of Camp SLO and its training areas, as well as the Morro Bay Amphibious Training Base.

Sebby is a military historian, archivist, and curator of the California Military Department who specializes in the history of military installations in California.He was formerly a research historian for the US Army Corps of Engineers.

Seabirds have many natural and human caused challenges to nesting and roosting along the Central Coast.The Seabird Protection Network’s role is to provide outreach and education to reduce human disturbance to seabirds. Soar along on this journey to learn about the program successes and challenges and how you play a role in helping seabirds thrive.

O’Brien has been providing outreach/education of coastal resources as a State Park Interpreter for the past 23 years.She is the Outreach Coordinator of the Seabird Protection Network – Point Sur to Point Mugu Chapter.

The decommissioning of the Diablo Canyon Nuclear Power Plant in 2025 forces PG&E and the SLO community to confront many difficult issues, such as: How clean is clean? What will happen to the spent nuclear waste? What will happen to the land and facilities? Many regulators and stakeholders are involved. This presentation will provide an expert’s forecast of what we face.

Karlin is a retired US Nuclear Regulatory Commission administrative judge who presided over part of the adjudication challenging the licensing of the Yucca Mountain nuclear waste site and over the challenge to the relicensing of Diablo Canyon. An environmental lawyer for 45 years, Karlin serves on the Diablo Canyon Decommissioning Engagement Panel.

Join Marlin Harms in a virtual tour of Central Coast tidepool communities through intimate photos of tidepool creatures. Close-up photos will reveal lifestyles of the wet and squishy and some of the hazards that make their lives precarious. View chitons to crabs and octopus to Okenia without getting wet.

Harms has a degree in Environmental and Systemic Biology from Cal Poly and is a longtime member of the California Native Plant Society.An avid photographer, Harms has contributed to the book Wildflowers of San Luis Obispo, California.

Feb. 11
Climate Change and its Impact on the Central Coast
Mike Boswell

Feb. 18
Peregrine Falcons: Their Biology and a 50-year History of Nest Site Monitoring and Management at Morro Rock
Steve Schubert

Biologist Steve Schubert chronicles the efforts of nest site attendants and endangered species management techniques–captive breeding, double clutching, captive hatching of thin, fragile wild eggs, and the fostering of falcon chicks into the wild nests–that have assisted in the recovery of a once-imperiled species.

Schubert graduated from Cal Poly and received his Master’s degree in Field Biology. Author of the book The Peregrine Falcons of Morro Rock–A 50-year History, he is past president of Morro Coast Audubon Society and Volunteer Coordinator of the Hi Mountain Lookout Project.

Listen to historian Dan Kreiger tell how Mission San Luis Obispo’s rancheria La Cañada de Los Osos y Pecho y Islay became the private fiefdom of a Scottish sea captain and was later subdivided into developments like Sunshine Beach,El Moro and Cuesta-by-the-Sea. The arrival of the Tameji Eto family at the west end of the valley after the First World War brought a new style of intensive, more profitable agriculture. Electricity, telephone lines and a modern road followed as the Valley entered the mainstream of California’s communities.

Krieger is Professor Emeritus of History at Cal Poly where he taught for over forty years.He has served as president of the SLO County Historical Society and writes Times Past for the SLO County Tribune.With his wife Liz, he has coauthored three books on the history of our region.

John McCabe discusses how and when the morros and Morro Bay were formed and the geologic processes that have shaped the coast, the sand spit, and the estuary.He will also summarize the area’s tsunami risk and describe the diverse ecosystems that inhabit the bay.

McCabe lectures frequently on the geology and natural history of the Central Coast to organizations throughout the area.He has a bachelors degree in engineering from Saint Louis University and masters from the University of Arizona.

The Dunites were society dropouts living in the Oceano dunes in the 1930’s and 40’s. State park docent Jim Avila will describe their life in the dunes.Hear some stories and learn how mysticism was a part of their experiences.

Avila is a retired environmental analyst for CalTrans and a geographer who taught introductory geography courses at Sacramento City College and American River College as adjunct faculty. He has been leading hikes into the dunes for State Parks since 2004 and for the Dunes Center since 2008.

Steve Hendricks grew up in San Luis Obispo and started ocean fishing out of Avila when he was five.Learn about the history of fishing in Morro Bay dating back to the Native American Tribes and the current status of commercial fishing in Morro Bay, including the many methods used to capture seafood off our coast.

Hendricks earned his bachelors from Humboldt State University and his masters from Oregon State University in Fisheries and Wildlife. He worked for twelve years as a fisheries biologist in California, Oregon, Idaho, and Alaska and currently teaches at Cuesta College.