– A message from Bianchi Winery – 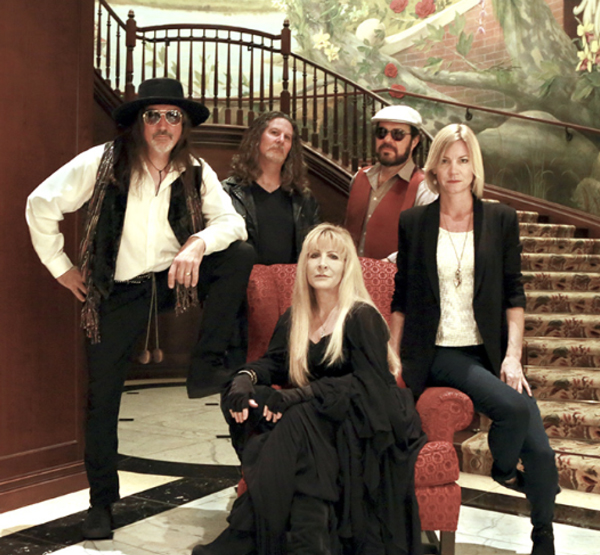 The classic lineup is back!

Since 2002 when “Bella Donna – A Tribute to Stevie Nicks” was formed in Los Angeles, singer Michelle Tyler has approximated “Stevie Nicks” unlike any other impersonator or tribute artist. Praised by the real Stevie Nicks after she heard a live performance.

Based in Los Angeles, Mirage has earned the top honors among tribute artists – endorsed by AXSTV as one of “The World’s Greatest Tribute Bands” and heartily praised by the ‘real’ Stevie Nicks after she heard a performance.

Mirage recreates the classic lineup with a strong stage show and every detail to authenticity. From the custom wardrobe to the spot-on musical and vocal performances, Mirage takes you on a journey celebrating the hits of Fleetwood Mac in its prime.

Bello Pizza will be slinging out pizzas for purchase and our team will make sure wine keeps flowing (bottles for purchase)! Extra points to those who wear Stevie-inspired shawls!

The show is Sept. 3 from 7-10 p.m. To find out more about Bianchi Winery and Tasting Room, to purchase wine, and buy tickets for Mirage visit www.bianchiwine.com 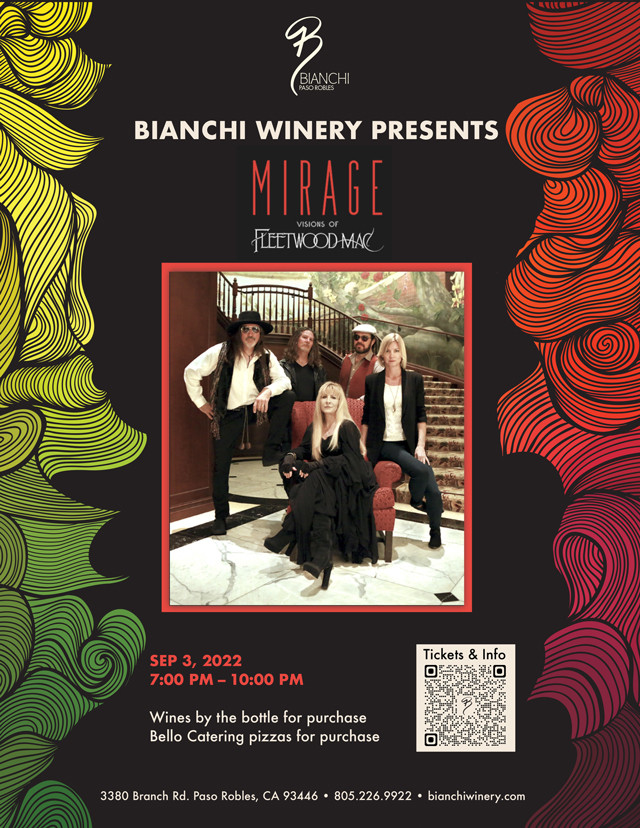