–Missing Atascadero man Cody Parrott and his son, Noah, have been located with help from allied agencies.

CHP obtained information indicating Cody Parrott had been in Tehachapi, so APD Detectives focused their investigation on the Highway 395 corridor. Atascadero detectives obtained additional evidence that Cody was in the County of Inyo. Detectives and the dispatch center made contact with allied agencies in the area, provided them with the license plate and description of the vehicle, and requested they began checking the area.

At approximately 3:35 p.m., a California Highway Patrol unit out of the Bishop area located the vehicle on US 395 near the town of Independence, CA. CHP officers attempted to conduct a traffic stop; however, Cody failed to yield. He was eventually stopped and taken into custody for evading a police unit and child endangerment. Noah was found safe in the vehicle and is currently in the care of CHP officers. APD Detectives have been in contact with Noah’s family and are helping to make arrangements to reunite Noah with his family.

No further information is available. 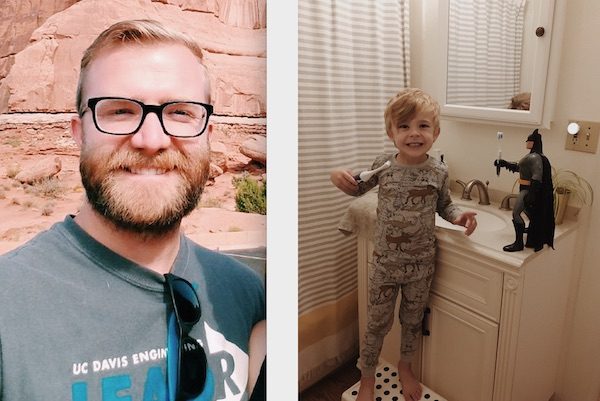 During our investigation, we learned that the resident, Cody Parrott, had been acting irrational. Cody left the residence sometime during the night and took his 4-year-old son, Noah Parrott, with him.

Cody is described as a 31-year-old white male adult, 5’10” tall and 170 pounds. He has short blonde hair, a full beard and blue eyes. He may be wearing glasses.

During the course of our investigation, Atascadero Police Detectives have learned that the missing person appears to be headed east in the Tehachapi area. We are shifting focus from the local area to Kern County and potentially out to Nevada.

The Atascadero Police Department is actively investigating this incident and is asking anyone with any information on the whereabouts of Cody and Noah to contact the Department at (805) 461-5051.