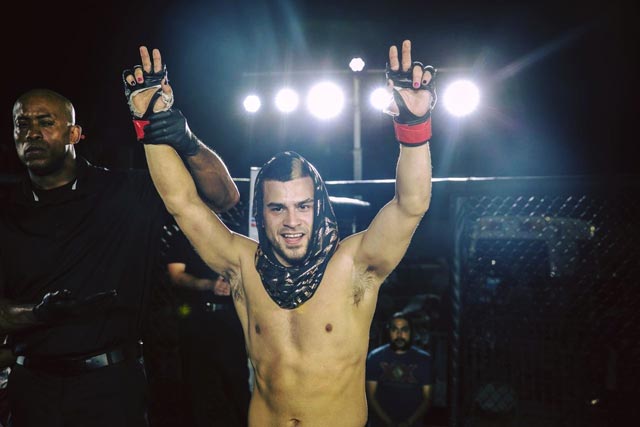 Fighting in the bantamweight class of 125-135 pounds, the 24-year-old beat Daniel Robles, 18, of west Sacramento, on the judges’ cards after the fight went all three rounds. The judges all scored the fight 30 to 28 for Elisarraras.

“I’m so glad I took this fight — it was the most rewarding experience I’ve ever had,” Elisarraras said after the fight. “So humbling having hundreds of Marines coming up to me asking for my autograph. I sat down and probably signed over 200 shirts, towels, and posters for over an hour at our meet and greet.”

“Huge thanks to my sponsors, MG sports Nutrition, Lady Luck Productions, Team ALBA with out your support it would be much harder to take on these fights. Thank you to all my friends and fan’s you guys keep me going round after round training and in the cage.”

The event was sanctioned by the California Amateur Mixed Martial Arts Organization (CAMO) as an amateur event. Fighters were matched in their weight classes.

Elisarraras says his next fight will be a title fight for the bantamweight belt. 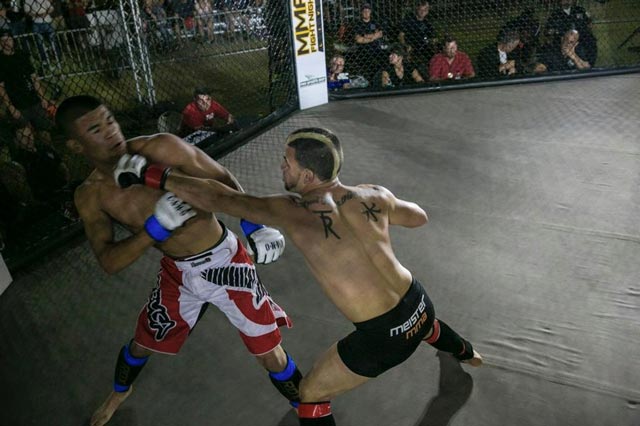 MMA fight in honor of Marine Corps at Twentynine Palms 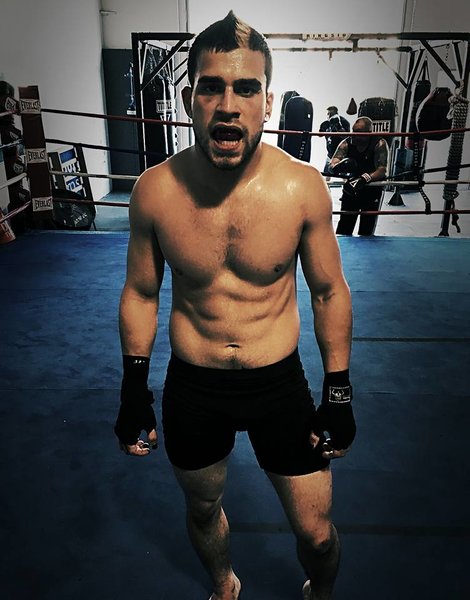 Paso Robles native Chris Elisarraras will participate in his first MMA fight this Friday after a one and a half year break.

–Paso Robles native Chris Elisarraras will participate in a Mixed Martial Arts (MMA) fight in front of 4,000 people on Friday at the Evolution Sports Expo in Twentynine Palms, in honor of the soldiers of the Marine Corps.

The event is a California Amateur Mixed Martial Arts Organization (CAMO) sanctioned amateur event and fighters are matched in weight classes. Elisarraras, 24, from team Knock Out Boxing, will face off with Daniel Robles (18) from team Fabio Prado in the Bantamweight class 125 to 135 pounds.

His last day of training prior to the big fight was on Tuesday and he says he is as ready as he can get both mentally and physically. Elisarraras has been fighting MMA for about seven years. This will be his first fight back after a year and a half break that he took to focus on his San Luis Obispo based business Lady Luck Productions. The production company throws events and concerts.

Elisarraras said he wanted to get back into the sport to focus on his fighting career; all male fighters are in their prime at 28 years. “I have never fought in this weight class,” he said. “I am cutting my weight, I usually fight at weight class around 145 pounds. It might be a much easier fight for me as I am fighting 20 pounds less than my last fight. I am a shorter fighter at five foot six inches and I usually fight guys around five foot eleven. It will really help and be in my benefit.”

“I have been looking for local sponsors,” he said. “I wanted to come back and give back to the community, my first two fights back are for free for charity. I take the sport very seriously, I am going to train as hard as possible and go pro in the next year or two. I see MMA as an art statement and talent instead of just getting in the cage and killing each other.”