Update 6/1/13: Monteverde’s Italian Deli is closed. A new restaurant called “The Dish” has opened in the same location. 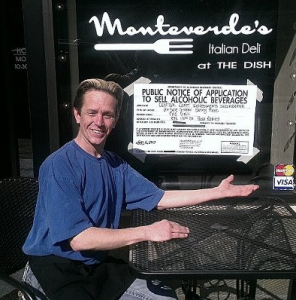 Monteverde’s Italian Deli announced it will be offering beer and wine at the beginning of March. “It is finally official, liquor license is here. 30 days and we can start serving adult beverages,” the deli posted Feb. 6, 2013 to it’s Facebook page.

The deli is located at 835 13th Street in downtown Paso Robles. It opened a few months ago at the former location of Sinatra’s and Bernick’s restaurants near Vic’s Cafe.

The deli serves sandwiches, soups and salad. Hot sandwiches include pastrami, tri-tip, Italian meatball and sausage. Each is served in a gourmet style.

It’s received mixed reviews on Yelp, but here is a positive one from user Dennis B.: I stopped by today for the first time and ordered a sandwich to go. The server suggested a few different sandwiches and I chose the Al Capone. It had several meats, cheese, fresh greens and a sauce. I got home, opened the box and sampled this delicious sandwich. I was blown away. The buzz in the restaurant while I waited was all about how great the sandwiches were. No other sandwiches like this in town. I may have to go back tomorrow and try something else. They don’t have a beer and wine license yet, so they encourage you to bring your own at no charge! Paso just keeps getting better…..

Monteverde’s Italian Deli welcomes walk-in, offers take out, and catering. It takes advanced orders by phone. You can reach the deli at (805) 296-3131. 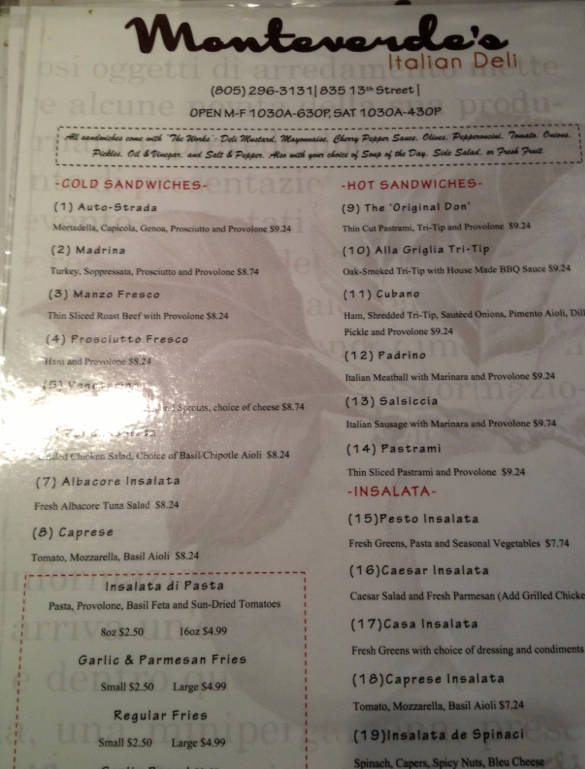