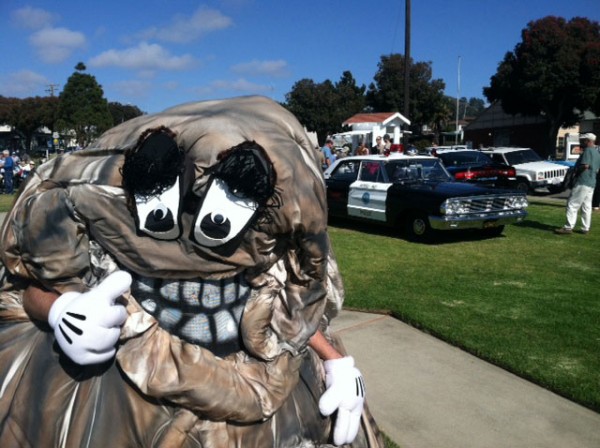 The city of Morro Bay celebrated it’s 50th Birthday late Thursday afternoon. While music from 1964 blared over the PA system about 500 people ate birthday cake and ice cream. Many others stopped by to join the celebration.

Morro Bay incorporated as a city on July 17, 1964. The population then was 3,700 people. Today, the city has more than 10,000 residents. Morro Bay had no high school then, so students traveled to San Luis Obispo High School to attend San Luis Obispo or Mission High Schools.

The birthday celebration was coordinated by Morro Bay City Councilwoman Christine Johnson and a large group of volunteers. The committee agreed to do it again in 2064. 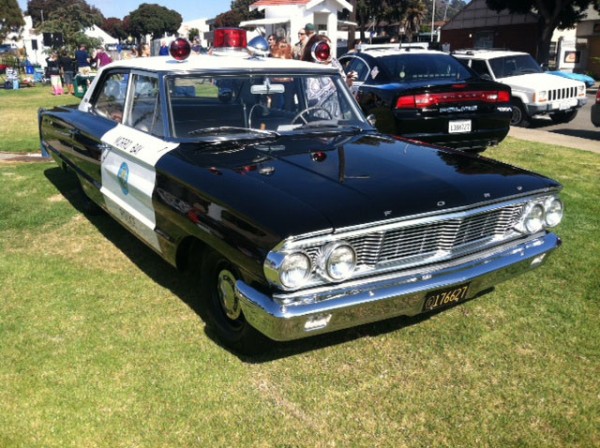 According to one local legend Ian Parkinson, long before he was elected sheriff, proposed to Amy Tavernetti while he was sitting in this patrol car. He started his career in law enforcement in Morro Bay. Amy had brought him some of her homemade spaghetti. When Amy said yes, Ian, according to the story, turned the siren on and drove down Morro Bay Boulevard to the Embarcadero. A Bakersfield couple driving a stolen car thought they were busted and surrendered to Ian, which saved his job. They were married in King City.