Paso Robles News|Wednesday, May 12, 2021
You are here: Home » Crime » Motel clerk in Paso Robles fights off would be robbers, police report

Motel clerk in Paso Robles fights off would be robbers, police report 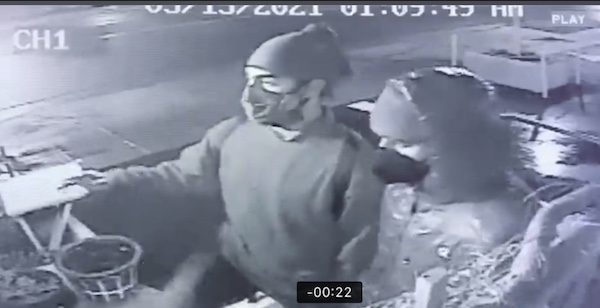 –A motel clerk at Economy Inn in Paso Robles reportedly fought off two would-be robbers in an altercation that occurred early Monday morning around 1 a.m.

The Paso Robles Police Department posted about the incident on their Facebook page.

Early this morning, just before 1:00 a.m., two tough guys dressed in dark clothing rang the bell at the Economy Inn, summoning the clerk from the backroom. The duo feigned a request for a room, but through the locked front door, the night clerk told both the motel was full. The suspects left, but returned minutes later, this time, kicking in the locked office door. The clerk tried holding the door closed as both pushed their way in. Once both suspects made entry, they attacked the clerk, demanding money. One suspect was armed with hard knuckles and the other was armed with a long-bladed object and prominent man-bun. The clerk fought back, pushing one of the suspects out of the office, while being attacked from behind by the other. The clerk was able to gain separation from his attackers before the pair slithered off to a nearby alley.

Surveillance footage at the motel captured the attack. Attached are photos of the two tough guys. If anyone knows anything, please contact us.