Paso Robles News|Thursday, May 19, 2022
You are here: Home » Entertainment » Movie review: ‘Covenant’ brings ‘Alien’ franchise back to its roots

Movie review: ‘Covenant’ brings ‘Alien’ franchise back to its roots 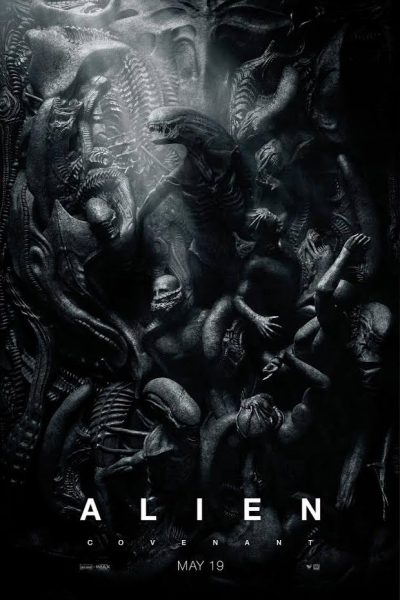 –I wasn’t yet born in 1979 when Ridley Scott delivered his epic sci-fi film, “Alien.” But 38 years after its initial release, the film continues to inspire fans and admirers, and continues to be a relevant part of the culture. Though it wasn’t in a theater, I will never forget the first time I saw that little alien head and teeth emerge from the chest of John Hurt.

In the 38 years since its release, “Alien” has inspired many imitators and five sequels. The most recent two films directed by Scott himself, who has said he’s happy continually revisiting this world through prequels. After the flop of “Alien Resurrection” in 1997, the Scott-helmed “Prometheus” in 2012 breathed new life into the franchise.

But it wasn’t quite what audiences expected when they heard Scott was returning to the world of “Alien.” The script, co-written by “L.O.S.T.” showrunner Damon Lindelof, was a little more esoteric than people expected. And the result was a film that drew mixed reviews from fans.

Five years later, with “Alien: Covenant,” Scott appears to be more in line with the long-time hope of fans – which isn’t to say he’s completely abandoned the “Prometheus” narrative.

“Covenant” picks up with a colony transport ship heading to a distant planet to re-build society. It has a crew of 14, a synthetic assistant in Walter (Michael Fassbender), an evolved model of David from the Prometheus expedition, and more than 2,000 colonists. As this is a mission to re-start earth, most of the crew are married couples.

When something goes wrong in space, the crew is awakened, but all doesn’t go according to plan. Soon, they receive a message from a previously unknown planet and decide to head there to see if it’s right for their colony.

Needless to say, what they find isn’t what they expected.

I don’t want to go into the plot of this film too much because it’s something that needs to be experienced. I will say that this story ties into “Prometheus” in a real way, which may or may not be encouraging to those that didn’t enjoy that film. But this movie is a lot more like the original “Alien” than the 2012 film.

In fact, the look and feel of this film closely mirrors the original. Even the composition of characters will feel familiar. A lot of the style and action of the story also mirrors those famous scenes, and for die-hard fans of “Alien” this is much closer to the movie they hoped for and expected back in 2012.

But it’s not a perfect film. There is an interesting opening sequence that seems to pose some larger questions about the nature of life, and the nature of creators and the created. I thought that had the potential to be interesting. It gets lost in the shuffle for most of the film and, in my opinion, isn’t satisfyingly tied into the resolution of the film. At least not in a way I expected.

Additionally, the final act of the film, while interesting and well-crafted, feels easily predicted if not a bit telegraphed. This is a film where the craft of filmmaking, and the performances, are great, but the story is just OK.

I liked the work done by Katherine Waterston, who is clearly the next to inherit the Ellen Ripley mantle. She does well in her sequences and helps ground the film. I also enjoyed the work done by Danny McBride, who one might not typically expect in this kind of film. But he does a nice job in his role and brings a few moments of levity to the story.

The real gem here is Fassbender. I won’t say much more so as not to ruin the movie going experience, but he is asked to do a great deal in this movie and is never anything short of compelling and, at times, creepy.

“Alien: Covenant” isn’t a perfect film, but it is a good film. While it doesn’t rise to the iconic heights of Scott’s original, it feels like a step forward from “Prometheus.” And it leaves me curious to see where this world might continue, which isn’t something I would have said five years ago.

“Alien: Covenant” has been rated R by the Motion Picture Association of America for sci-fi violence, bloody images, language and some sexuality/nudity. Enter with caution.