Movie review: DC finally gets it right with ‘Wonder Woman’ 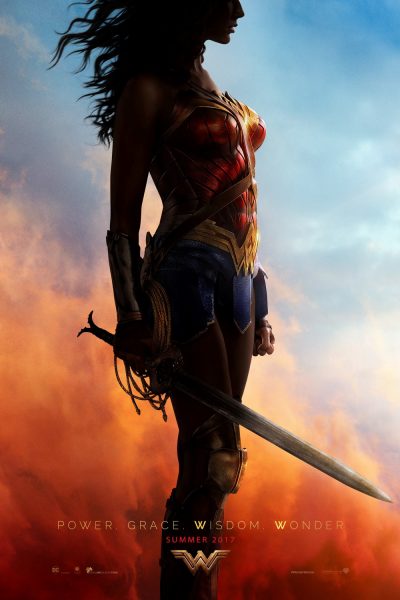 –Back in the summer of 2008, Marvel Comics changed the game with the release of “Iron Man.” It wasn’t so much the film itself — though it was great — it was what it represented. It was the start of a grander vision, a cinematic universe that would change the way audiences interacted with movies. A decade later, Marvel is at the top of the Box Office heap, and their cinematic universe is now 15 movies deep.

At the same time “Iron Man” was beginning for Marvel, DC was at the top of the heap. That same summer “The Dark Knight,” the second of Christopher Nolan’s Batman films, debuted to immense Box Office numbers and a posthumous Academy Award for Heath Ledger.

A mere four years later, the positions had reversed. “The Dark Knight Rises” marked the end of a chapter for DC, while Marvel launched “The Avengers,” solidifying the status of their cinematic universe. That’s when DC began to chart a new course.

In 2013, “Man of Steel” brought Superman back to the big screen, and marked the beginning of a cinematic universe for DC Comics. Last March, that continued with “Batman vs. Superman,” and August brought forth “The Suicide Squad.” And in November, “The Justice League,” the DC answer to “The Avengers,” will debut.

But first, DC’s cinematic universe continues with the first solo film for one of its oldest and most revered characters, Wonder Woman. Though the new Wonder Woman (Gal Gadot) debuted in 2016’s “Batman vs. Superman: The Dawn of Justice,” this marks the character’s first solo film. And for fans of the nearly 80-year-old hero, it’s about time.

And the question for fans is, will this finally be the DC Comics film that lives up to the hype? The answer is yes.

The film picks up in Paris, where Diana Prince (Gadot) is working and protecting the world in secret. She receives a photo from Bruce Wayne (Ben Affleck, not featured in the film), the same seen in “Batman vs. Superman,” with an attached note. It asks her to, one day, share the story of the photo.

Soon the film spins back to a young Diana on the island of Themyscira. She is tenacious, the daughter of Queen Hippolyta (Connie Nielsen) and the God Zeus. She lives with the Amazons there, a secluded island where they train for their mission to defeat the vicious God Ares, the God of War, who threatens to destroy mankind.

Diana begins training with her aunt, General Antiope (Robin Wright), never knowing her true power. But, one day, American spy Steve Trevor (Chris Pine) brings the world, and World War I, to the island of Themyscira.

After a battle, Diana becomes convinced that Ares is behind the “war to end all wars,” and that it is her duty to accompany Steve back to the world. So she does, and what she finds is different than she imagined, opening the doors to her true identity and purpose.

The DC Cinematic Universe produced three films prior to “Wonder Woman,” and none of them exactly delivered on fan expectations. About the best you could say about “Man of Steel,” “Batman vs. Superman” and “Suicide Squad” is that there was potential there. It was unrealized potential, but still left people hoping the next would be better.

That potential has finally been realized by director Patty Jenkins in “Wonder Woman,” a beautiful origin story, and the first film in the DC universe that nails the tone, characters and storytelling.

The story feels more grounded than previous films, perhaps owing to the WWI setting. In that way, it feels like a sort of “Captain America” for the DC world, though done in a way I found more engaging. It’s also the first of these films to seeming understand the importance of a little humor and levity, likely due in part to the script from Allen Heinberg (“The Catch,” “Scandal,” “Grey’s Anatomy”).

The direction from Jenkins is also good. She gets the most out of her cast and the story, crafting a film that’s more about the characters than about the lavish, and brutal, action sequences.

But it’s also about the cast. Gadot was, arguably, the best thing in “Batman vs. Superman” and she proves more than capable of carrying a movie on her own. She’s great in the action sequences, but also shows a sly sense of humor and a more compassionate side than we’ve seen in these previous DC films.

She’s well paired alongside Pine, who is great in the role of Trevor. His comic timing is great, and he adds a lot to the story. So, too, do the rest of the team — played by Saïd Taghmaoui, Ewen Bremmer, and Eugene Brave Rock. Together they form a great team that carries a bulk of the film.

“Wonder Woman” isn’t completely without its flaws. There are times during the third act climax that the action sequences are a little too destruction-heavy, similar to what is seen in the other DC universe films. But it’s hardly pervasive as it has been in the past, and most of the earlier action scenes are more grounded and interesting.

In the end, “Wonder Woman” is easily the best of the DC universe films so far, and one of the best films of the summer. After several weeks of bloated blockbusters that didn’t quite live up to the hype, this is one that delivers beautifully, and will likely leave audiences more hopeful than ever for the “Justice League.”

“Wonder Woman” has been rated PG-13 by the Motion Picture Association of America for sequences of violence and action, and some suggestive content.