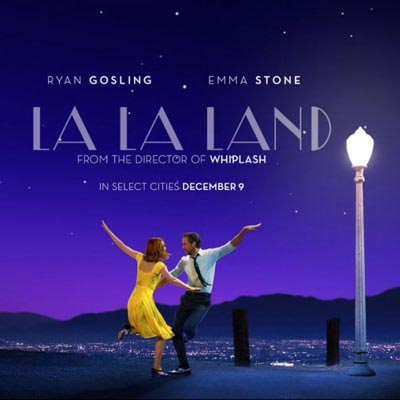 –In 2014, Damien Chazelle delivered an incredible film with “Whiplash.” It was a film most didn’t see coming. It was a movie about passion in the extreme, a pair of characters who pushed each other almost to the point of breaking. I thought it was the best film of the year, though it wasn’t crowned as such by most awards shows.

Two years later, Chazelle has done it again. But he’s crafted a film that’s beautiful, compelling and incredible — and almost 100-percent different than his previous offering. But the films are united by this idea of exploring passion.

“La La Land” is a film out of time. It’s set in the here and now, but it has a sensibility that feels like something from the past. It’s a beautifully told and choreographed musical during a time when musicals are rare. And it’s about a pair of characters struggling to find their way in the modern world because their heart lies in an era gone by.

And it’s nothing short of beautiful and breath-taking.

The film is set in Los Angeles and follows a pair of dreamers who meet cute several times. Sebastian (Ryan Gosling) is an extremely talented jazz pianist. He loves pure jazz, but it’s an art form that’s dying. Mia (Emma Stone) works as a coffee shop on the Warner Bros. lot, but she auditions nearly every day, trying to find her big break.

After a couple encounters, Sebastian and Mia find themselves drawn to each other. Their love affair sustains and encourages. Mia pushes Sebastian to find a way to realize his dream of opening a jazz club. Sebastian encourages Mia to abandon the rat race and follow her passion — in this case her own one-woman show.

But as they follow these dreams it becomes clear that, to really embrace their paths, they may have to go in different directions.

“La La Land” is simply beautiful. It’s profound and profoundly breath-taking. It’s the best film I’ve seen in 2016, and in fact might be the biggest redeeming feature of a year that’s been underwhelming at the Box Office. It’s a near masterpiece, and only adds to the legend of Chazelle — who wrote and directed this film.

This is a film that celebrates musicals as an art form. The songs are great, as is the choreography. The use of color and the dancing brings pure joy to the screen. It’s incredible and incredibly unexpected.

The film is also buoyed by two great lead performances. More than other actresses of her generation, Stone seems to have an old-time Hollywood quality. And it serves her well in this role. She brings a beauty and grace to the part that is perfect for the role.

Gosling, too, is showing himself to be one of the more versatile actors in Hollywood. He has a great sense of humor, which he brings to this part. But he’s equally compelling as a song and dance man, and plays off Stone perfectly.

Stone and Gosling previously demonstrated their great screen chemistry in “Crazy, Stupid Love.” While I didn’t love that movie, I think this latest team up is a perfect use of their unique talents.

It’s impossible to watch this movie and not be moved. I was swept up in the production and the power, beauty and grace of the story. It’s at times heart-warming and heart-breaking, and all of it is done in a magical way. “La La Land” is a must-see movie, and one that deserves to be experienced on the big screen. I expect it to capture all the awards this season, and it should.

“La La Land” has been rated PG-13 by the Motion Picture Association of America for some language.