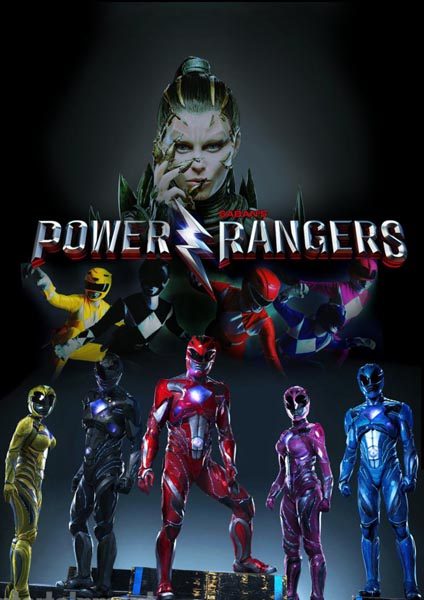 –For people of a certain age, the title “Power Rangers” conjures a certain image. In the mid-to-late 1990s, “The Mighty Morphin Power Rangers” blasted their way into people’s homes, entertaining millions.

Of course the production wasn’t of the highest quality. But that didn’t so much matter as kids and teens sunk into the stories. Though the show long-since ended, people still remember the “Power Rangers” and come back to elements of the show.

So it only makes sense that it would find new life in the movies. The new film “Power Rangers” is meant to re-boot the brand and is purported to be the first of a possible six-film franchise. In fact, the post-credits sequence hints a possible addition to the team in future installments.

And with more than $40 million in Box Office receipts on opening weekend, it’s clear there’s still some interest in the franchise.

The film is set in the small town of Angel Grove. There a group of teens are outcasts. Jason (Dacre Montgomery) was the star quarterback who threw it all away on a prank gone wrong. Kimberly (Naomi Scott) was a popular cheerleader until a texted photo threw her world into disarray. Zach (Ludi Lin) is the shy loner whose home situation isn’t great. Trini (Becky G.) is the girl whose family moves around a lot. And Billy (RJ Cyler) is the kid still mourning the loss of his father and trying to make friends.

Together, they all happen to be in the right spot at the right time to find some coins long buried in the ground. After a harrowing incident, they all awake at home and find that they’ve changed. They’ve gotten stronger and developed certain skills.

When the five return to the scene, they discover a ship buried underground. Once aboard a robot named Alpha 5 (Bill Hader) and a computerized sage named Zordon (Bryan Cranston) fill the five in. They’re Power Rangers, part of a long line of heroes chosen to protect society.

But that’s not all. A powerful villain, Rita Repulsa (Elizabeth Banks) has risen and poses a threat to the planet. The new Rangers have just a matter of days to hone their skills and become a team in order to save the Earth.

At the outset it might seem a little strange for an actor like Cranston to be in the “Power Rangers” movie. After all, he’s been nominated for an Academy Award and is an Emmy winner for “Breaking Bad.” But before all that, Cranston began his career as a voice actor on the original “Power Rangers” show, so in a way it’s like a homecoming for him to appear in the film.

And, in fact, a beefed up cast was one of the appeals of this film. You know, aside from nostalgia. The presence of Cranston, Hader and Banks lends a little credibility to the project. And the new young actors cast in the roles of the Rangers also do a nice job. I particularly liked Cyler — best known for his work in “Me, Earl and the Dying Girl” — who brought plenty of humor to his part.

But the film is just OK. The story progresses slowly at first, but the character development among the teens is one of the best parts of the film. Once they hit the training sequences and, particularly, the action sequences at the end, the film breaks down and becomes rather bland.

Still, for fans of the original, this is a nice, faithful adaptation of the material. It’s a fine movie and one that delivers on its premise. For those looking for a trip back to the 1990s, this fits the bill. But it remains to be seen if it’s worthy of a new film franchise.

“Power Rangers” has been rated PG-13 by the Motion Picture Association of America for sequences of sci-fi violence, action and destruction, language, and for some crude humor.