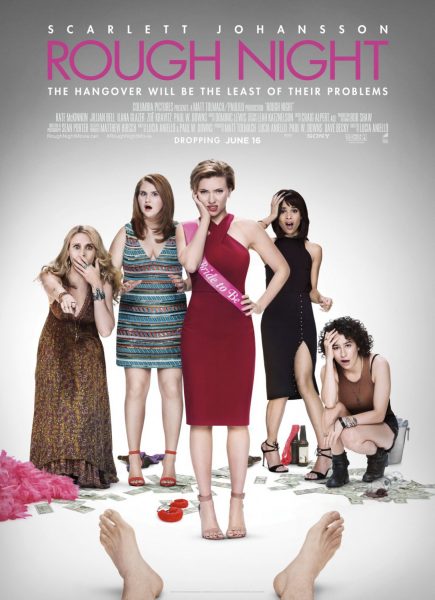 –In the summer of 2011, things changed. Summer had always been a time for outrageous comedies, mostly from the boys. Movies like “The Hangover” and “Wedding Crashers” made a ton and established a brand. But 2011 showed us the ladies could do the same thing with “Bridesmaids.”

The movie was like so many other summer comedy smashes in the outrageous comedy it contained. It was unique in that it was fronted by a group of female characters. And ever since that summer (when the film made $169 million at the Box Office), plenty of films have tried to emulate it.

I mention this because “Rough Night,” which opened last Friday, spent a lot of time trying to draw comparisons to “Bridesmaids” in its marketing campaign, even hailing itself as the funniest comedy since that film. When you set the bar high, you have to clear it. This one doesn’t. And much like previous comedies this summer, it faltered at the Box Office.

The film centers on a group of girlfriends who reunite for a Bachelorette Party weekend in Miami. Jess (Scarlett Johansson) and Alice (Jillian Bell) were inseparable roommates in college, and both knew how to have a good time. As did their friends Blair (Zoe Kravitz) and Frankie (Ilana Glazer), who had their own special bond.

Fast-forward more than a decade later, and Jess spends most of her days as a buttoned-down, career-minded political candidate. Blair is living an upper crust life but hiding marital issues. Frankie is focused on political activism, and not much else. And Alice is teaching young kids, but has maintained her party lifestyle. When the four come together, it’s clear that time and life changes has broken down some of those collegiate bonds.

Soon their group dynamic changes again when Jess’s Australian friend, Pippa (Kate McKinnon), joins them. And their plans go completely off the rails when an accident leaves them to figure out what to do with a dead body.

Jess’s fiancé Peter (Paul W. Downs), meanwhile, goes on a wild adventure of his own as he struggles to get to Jess in Miami after a disconcerting message makes him think the wedding’s been called off. 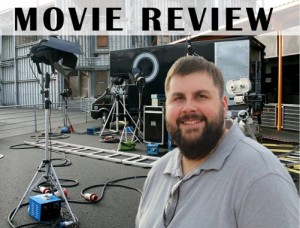 All of it comes to a head in a wild and unforgettable night in Miami that will change the course of their lives and friendship forever.

This film wants to be the next big comedy. It had relatively modest Box Office projections when it opened last weekend, yet still fell well below. It took only $8 million opening weekend, and had gotten middling reviews from critics and audiences alike.

The film is an interesting study. It’s got a funny premise, it’s got a great cast and it would seem to have all the ingredients to make an exciting finished product. But it doesn’t come together right. In the first 30 minutes of the film, I could tell something was off. Though it was a talented cast, their chemistry together wasn’t right. And without that, the comedy couldn’t land the way it was supposed to.

I like Johansson as a performer, and she’s become one of the fiercest action stars we have between her role in the Marvel Cinematic Universe and other projects. But she didn’t seem comfortable or at home in this role. I felt the same about Kravitz, who seemed miscast in this type of comedy.

Other talented comedy actors, like Bell and the great McKinnon, seemed to struggle to find the right rhythm for the story. To the credit of these actors and director Lucia Aniello, who co-wrote the screenplay with Downs, the film finds itself during the last 40 minutes and gels into something more enjoyable. I particularly like the arc and performance for Downs.

But it’s uneven and doesn’t seem to capitalize on the depth of the cast. And it throws in weird asides like the sequence with the creepy neighbors (played by Demi Moore and Ty Burrell) that feel out of place.

“Rough Night” has lofty ambitions and plenty of key ingredients, but it doesn’t produce a complete experience. There are amusing moments, and the film manages to be entertaining, but it falls short of being compelling. And in the crowded summer season, that’s not enough to hook audiences.

“Rough Night” has been rated R by the Motion Picture Association of America for crude sexual content, language throughout, drug use and brief bloody images. Enter with caution.