Movie review: ‘IT’ scares its way into theaters 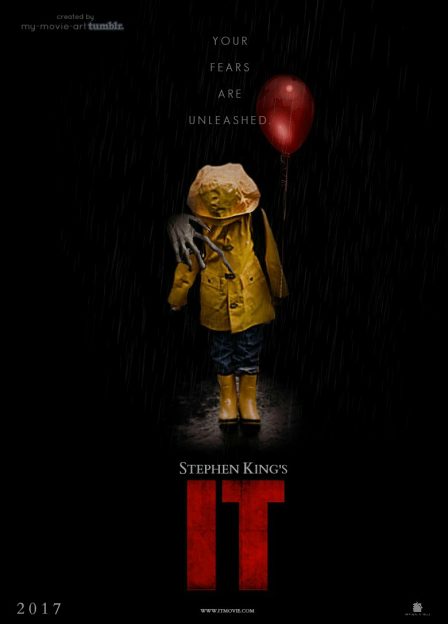 –Sometimes films have a long journey to the screen. Often, that long journey doesn’t bear fruit at the end. But that’s not the case for “IT,” the film based on the Stephen King novel that soared into theaters last weekend, racking up an incredible $123 million in three days, making it the most successful horror movie ever and the highest grossing September opening ever. After a summer that featured a number of duds and ended on record-low notes, this was a welcome change.

And maybe somewhat of a surprise. The novel from King was published in 1986, beginning the process of instilling a deep and abiding fear and distrust of clowns in America’s youth. In 1990, “IT” was adapted into a TV mini-series starring the late John Ritter and Tim Curry as the creepy clown, Pennywise. It is still considered a classic.

In 2009, work on a potential feature film began. That’s right, 2009. In 2012 writer/director Cary Fukunaga came aboard and worked on crafting the story with Chase Palmer. Fukunaga exited the project in 2015, and shortly thereafter director Andy Muschietti took over. The bones of that Fukunaga/Palmer script is still there in the film, released eight years later, along with re-writes from Gary Dauberman.

Sometimes a project that languishes in development for years and goes through multiple creative teams struggles. That “IT” doesn’t, and in fact thrives, is amazing.

The film is set in 1988 and follows a group of kids living in Derry, Maine, a town that seems to be cursed in some way. Early on we see Bill (Jaeden Lieberher) making a paper boat for his little brother Georgie (Jackson Robert Scott) during a rainy day in October. Georgie goes out to sail his boat in the flowing gutters and soon it slips into the sewer, where Georgie is confronted by Pennywise (Bill Skarsgård), and soon thereafter disappears.

Flash forward to May, and Bill is trying to survive the summer and figure out what happened to his little brother as strange things keep happening in town and kids keep missing. Bill is part of a group dubbed the Losers, and along with friends Ben (Jeremy Ray Taylor), Beverly (Sophia Lillis), Richie (Finn Wolfhard), Mike (Chosen Jacobs), Eddie (Jack Dylan Grazer) and Stanley (Wyatt Oleff), he seeks to stop Pennywise and save his town.

When you get a film that is this big of a home run at the Box Office, you know it tapped into something. We’ve seen this summer that horror films, especially when done well, are one of the most reliable and bulletproof genres. When you add in the fanbase that comes from a work created by King and a big dose of 1980s nostalgia, it can be record-setting.

Last summer, arguably the biggest show on TV was “Stranger Things.” It was a horror/thriller series set in the 1980s that seemed to capture everyone’s attention and imagination. (And it may capture some Emmys on Sunday night). While the original novel is set in both the 1950s and 1980s, this film adaptation moved the action to the 1980s and taps into some of that nostalgia, especially since it focuses on kid characters. (The film even cast one of the “Stranger Things” stars in Wolfhard.)

You combine that with an iconic and creepy villain in Pennywise, brought to life brilliantly by Skarsgård, and some great cinematic work done by Muschetti and you have a very compelling finished film. And one that will successfully launch into a part two that covers the balance of the novel.

I loved the look and feel in this film, even if it wasn’t always as scary as I expected. I loved what Skarsgård did with the voice and mannerisms, but Pennywise is probably at his creepiest the first time you see him and loses some magic as the story wears on. But the kids are great, too, and really help make it work. I enjoyed the sarcasm and fun from Wolfhard and the work from Lieberher in the lead role as Bill and Lillis as Beverly. The rest of the cast is strong, too. And it will be curious who comes in for part two, which will jump 27 years into the future.

Some have noted that this film—as the mini-series did in the 1990s—makes some substantial deviations from the book. I’ve not read the book, so I can’t speak to how that might impact those who were fans of the original story, but I thought as a stand-alone feature the film worked well.

This is a film that offers a straightforward story and premise and delivers, something that helps it stand out in the pack of underwhelming offerings from last summer.

“IT” has been rated R by the Motion Picture Association of America for violence/horror, bloody images, and for language. Enter with caution.