Movie review: ‘Steve Jobs’ a fantastic look at the force of personality

Jobs will always have an enduring legacy in the tech world for what Apple and its products mean, culturally. Much of his life and legacy was chronicled in Walter Issacson’s book about his life. That book, in part, served as the basis for this film.

But screenwriter Aaron Sorkin wasn’t looking to make a page-by-page film based on the book. Instead, he sought to capture the essence of Jobs — his larger-than-life professional footprint and the way his personality made him difficult to deal with. Sorkin said in an interview he started thinking how he would turn Jobs’ story into a stage play, and the result is a fantastic film that’s unlike anything I’ve seen this year.

“Steve Jobs” follows three periods in the life of its subject. The first being the 1984 launch of the Macintosh. Jobs (Michael Fassbender) is preparing for his big moment on stage, but there’s plenty of drama going on back stage. As he goes over details with a colleague, Joanna Hoffman (Kate Winslet), and scolds a designer, Andy Hertzfeld (Michael Stuhlbarg), there are plenty of demands for his time. 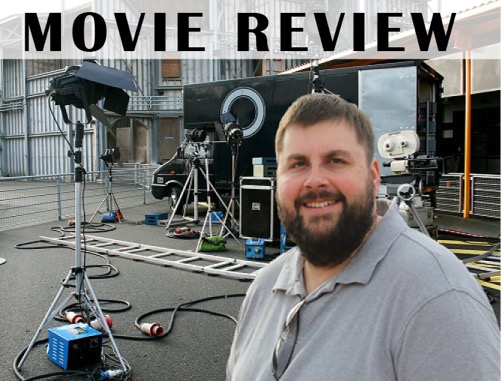 Jobs’ ex, Chrisann (Katherine Waterston) scolds him over his lack of interest in his daughter, Lisa. Fellow Apple co-creator Steve Wozniak (Seth Rogen) wants to discuss their divergent views on the Apple II, and its importance to the company. And Jobs gets a pep-talk from Apple’s hand-picked CEO, John Scully (Jeff Daniels).

Following the moment the launch begins, we’re whisked to 1988, as Jobs prepares for the launch of Next. The Macintosh failed, and he was forced out at Apple, causing strained relationships with Wozniak and, especially, Scully. As he prepares for his next career milestone, Jobs is again confronted with the same people, talking about much the same issues.

Finally, the film jumps to 1998, as Jobs is preparing to unveil the iMac. Jobs has returned to Apple, this time to save it. Scully is out and Wozniack’s pet project, the Apple II, is floundering. As he prepares to take the stage, Jobs is again confronted with his failings as a co-worker, friend and father.

“Steve Jobs” probably isn’t what most people would have expected. Many probably will go in expecting a more straightforward biopic on the man. But this film isn’t interested in being straightforward or chronicling all his life. It’s a look at his genius in business, and how that failed to translate into other areas of his life, such as inter-personal relationships with co-workers and his family.

Director Danny Boyle is a unique filmmaker, and he seems perfectly matched to telling this kind of story. A lot of the “action” is dialogue-driven and takes place backstage at three different product launches. I like the way the film makes each time period look different, and the careful use of flashback that is used to fill in the gaps around some of the big conflicts that are playing out.

The film is full of rich performances, too. Fassbender is great as Steve Jobs, a role that I think should earn him an Academy Award nomination. He gives a skillful and controlled performance that is captivating to watch.

The film features several strong supporting performances, too. I really enjoyed Winslet as Jobs’ long-suffering colleague, and one of the only people who could really work with his personality. Daniels, too, is great in his role as Scully. He has some of the most ferocious exchanges with Fassbender, and it really works. Rogen also turns in a nice performance as Wozniack, a very different kind of part for him.

But ultimately this movie is about Sorkin as a writer. I love Sorkin’s writing for movies — such as “A Few Good Men” and “The Social Network” — and on the small screen — as in “The West Wing.” He’s got a great style and an incredible way with words, and when his scripts are done right — as it is in “Steve Jobs” — it’s an incredible experience. It might not be for everyone, but I loved every minute of this film and, in fact, think it’s the best film I’ve seen so far in 2015.

Steve Jobs was a creative genius, a man of vision, but his personality burned a lot of people out. That’s all beautifully captured in this film about his life, career and the legacy he leaves behind.

“Steve Jobs” has been rated R by the Motion Picture Association of America for language. Enter with caution.