Story updated with additional details at 4:30 p.m. on Thursday: 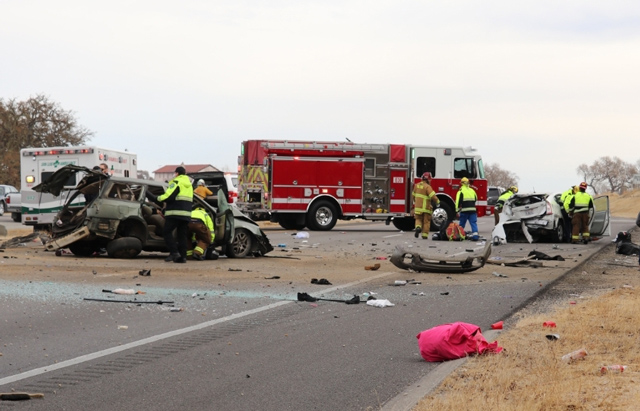 A green Subaru, a white Toyota Prius, and a commercial delivery box truck were involved in the eastbound accident that was first reported at 10:56 a.m. on Christmas Eve.

“In total, three vehicles were involved when a Subaru, which was traveling west on Highway 46, crossed over the center median and collided with two vehicles traveling east on Highway 46,” according to Paso Robles police. “Each vehicle had two occupants and all six sustain minor to major injuries.”

The driver of the Subaru had a suspended license and a warrant out of Kern County, police said. Police say they are investigating the driver for being under the influence at the time of the collision. A toddler was traveling in one of the vehicles and had very minor injuries as a result of using a proper child restraint system, police said. 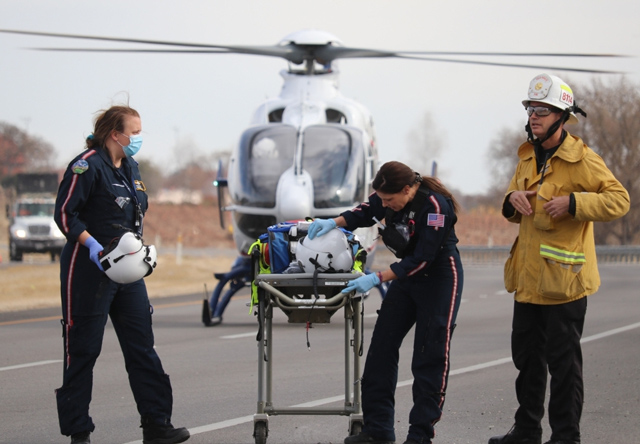 Highway 46 East was closed for about one hour for the helicopter transport and cleanup at the scene. Paso Robles Police officers, Cal Fire, California Highway Patrol, and Cal Trans with about 20 firefighters and first responders were on the scene. Firefighters helped recover dogs that got loose and helped clean up a large debris field. 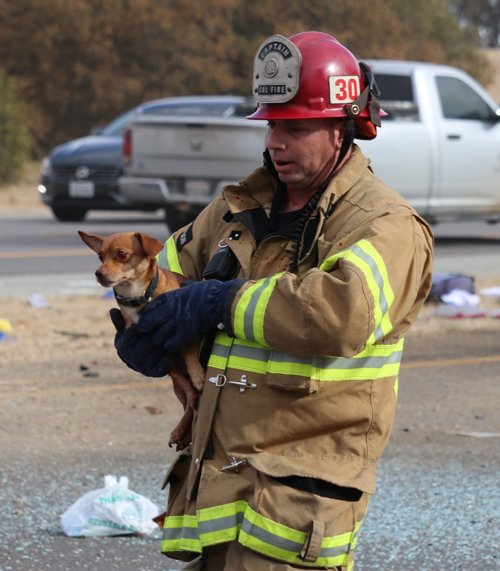 This story was updated with additional details on Thursday afternoon. Police say there is an investigation ongoing at this time. Check back for updates.