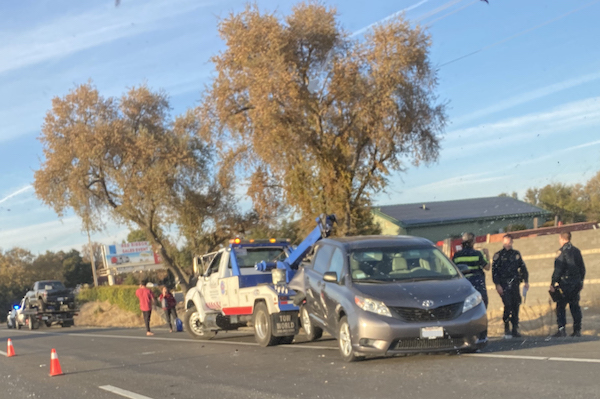 –A multi-vehicle accident on Highway 101 near Del Rio Road in Atascadero Sunday afternoon blocked the right lane of Highway 101 and backed up traffic for several miles. The accident was reported at 2:24 p.m.

According to a participant in a pro-Trump rally cruising Northbound on 101, a driver in a black pick-up was yelling at those participating in the cruise and failed to notice traffic stopped in his lane. As a result, he rear-ended a Toyota, the participant said. Local Trump supporters have continued organizing “Stop the Steal MAGA” rallies on weekends since the Nov. 3 election.

The California Highway Patrol has not yet released an official report on the accident. No injuries were reported. No further details are available at this time. 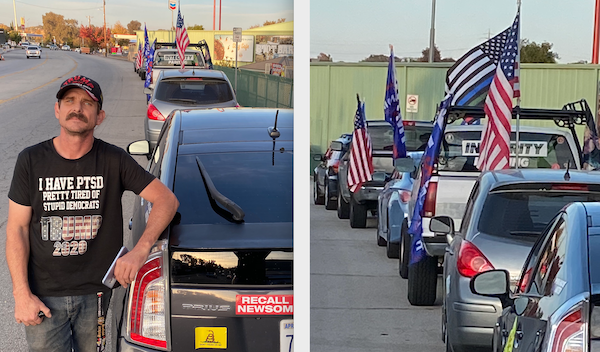 Templeton man and eye-witness Joe said that a driver in a black pick-up truck was yelling at those participating in a Pro-Trump cruise before the truck rear-ended a vehicle.

An additional accident was reported on Highway 101 Northbound in Templeton, also on Sunday afternoon. The cause of this accident is unknown. This accident also caused significant traffic delays.