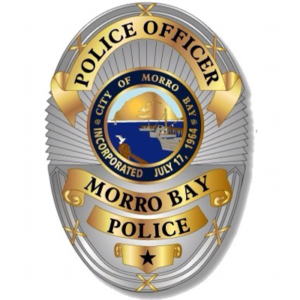 –On Nov. 9, 2017 at approximately 6 p.m., officers responded to the Morro Rock parking area in regards to a reported theft of property from a vehicle. Upon arrival, officers were advised that a victim of the theft had observed suspects inside her vehicle. The victim immediately contacted authorities and advised the subjects were attempting to leave the area.

Morro Bay Police officers arrived within minutes and located the suspect vehicle and detained five male subjects, who were found to be in possession of property stolen from two separate vehicles in the area. Victims were able to identify their personal property, which was recovered from the suspects’ vehicle. All five subjects were determined to be from the Bakersfield area, the four adult males were later booked into the San Luis Obispo County jail, and one male juvenile was booked into the Juvenile Justice Center.
Officers recovered over $1,000 of stolen property from the suspect vehicle, including backpacks, sporting goods and a bicycle. The suspect vehicle was subsequently impounded for further investigation.

The suspects were identified as:

The Morro Bay Police Department is asking anyone with information about this crime, or who may have been a victim of theft from this area on the same date/time, to contact us at (805) 772-6225.