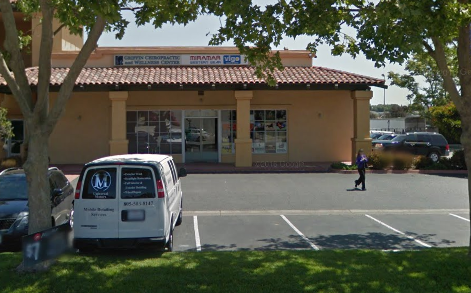 Suspect is described as a white male adult, 6’01”, 180lbs, clean shaven and with short hair

–At approximately 12:10 p.m., on Wednesday, the Paso Robles Police Department was dispatched to the La Miramar music and clothing store, located at 500 Spring Street in Paso Robles, regarding an armed robbery. The unharmed store clerk told responding police officers she had been robbed, at gunpoint, by a male in his 40’s.

The clerk said the robber, armed with a pistol, entered the business and demanded money and a pair of cowboy boots. The clerk complied and provided the suspect with the boots and an undisclosed amount of money from the cash registers. Upon receiving the money, the suspect fled out the front doors of the store in an unknown direction.

The clerk called 911 to report the crime and officers arrived and within one minute of receiving the call and began a search of the area. Although an extensive search was conducted officers were unable to locate the suspect. The clerk told officers she delayed calling 911 by approximately five minutes as she was afraid the suspect would return.

The store’s clerk provided a detailed description of the suspect. He is described as a white male adult, 6’01”, 180lbs, clean shaven with short hair. He was wearing a white tee-shirt, blue jacket, black jeans, and possibly in possession of a black backpack. The suspect was armed with a small, black handgun. The store has an operational video recording system and detectives are working to obtain video or still images. However, the PRPD is unable to release a photograph at this time.

Officers located witnesses that reported seeing a man matching the clerk’s description enter a burgundy sedan that had been parked in a lot on 4th Street. Witnesses said the suspect hid in the backseat of the car while a white female adult, with brown hair, and reading glasses drove away.

Anyone with information about these crimes or any person(s) involved is urged to call the PRPD or Crime Stoppers at (805) 549-STOP (549-7867) or submit a Web Tip from the Crime Stoppers website at http://www.slotips.org. You can also submit a “TEXT TIP” by texting “slotips” and your message to CRIMES (or 274637). You do not have to give your name.