Paso Robles News|Monday, May 10, 2021
You are here: Home » Sports » Mustangs beat UCLA in the first of a three-game series

Mustangs beat UCLA in the first of a three-game series 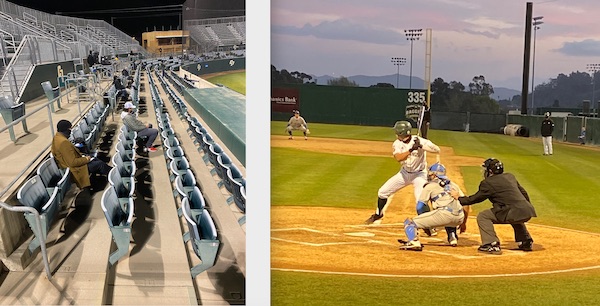 –On a cold night in an empty Baggett Stadium, the Cal Poly Mustangs upset the UCLA Bruins 5-4 in the first game of a three-game series.

The only cheering came from the players and coaches themselves. No fans were allowed to attend. Only coaches, players, media, and about a dozen professional scouts entered the stadium under COVID-19 restrictions.

The Bruins (9-4) arrived with a six-game winning streak. The Mustangs (7-4) had won five of their previous six games. 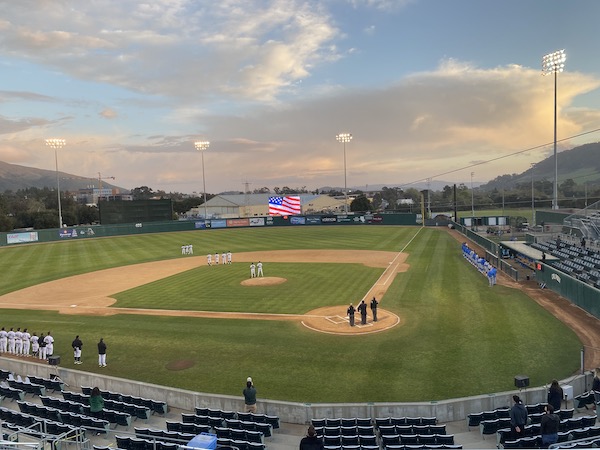 The UCLA hitters stroked several ground balls up the middle for base hits in the opening innings to take a 3-0 lead. After two Mustangs walked to start off the 4th inning, Brooks Lee smashed a line drive down the first baseline for a stand-up triple. That made the score 3-2 with Lee on 3rd base and no outs. Unfortunately, the Mustangs couldn’t bring Lee home.

Matt Lopez hit a two-run single in the sixth to put the Mustangs ahead 4-3, but the Bruins tied it up in the eighth. The Mustangs scored the winning run on a two-out infield error in the bottom of the eighth. Relief pitcher Dylan Villalobos stymied the Bruins in the 9th. He walked the first batter, then struck out the side.

Lopez and Lee each went 2-4. Lopez is now hitting .486. Lee is averaging .425. For the Bruins, first baseman JT Schwartz went 3-3 to improve his batting average to .727. The Mustangs starting pitcher, Drew Thorpe threw 92 pitches, scattering seven hits over 4 1/3 innings. After getting the final six outs, Dylan Villalobos gets the win to improve to 1-0.