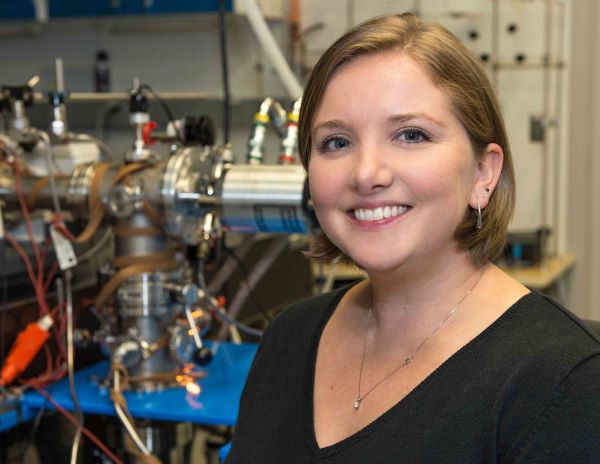 Stefanie Milam, a planetary scientist at the space agency’s Goddard Space Flight Center in Maryland, will give a presentation titled “The Journey of the James Webb Space Telescope: Where We Are and Where We Are Going.”

– A NASA scientist will take people on a unique space adventure at a talk about the James Webb Space Telescope set for 7 p.m. on Thursday, March 3, online and in-person at the Advanced Technologies Laboratory on the Cal Poly campus.

Stefanie Milam, a planetary scientist at the space agency’s Goddard Space Flight Center in Maryland, will give a presentation titled “The Journey of the James Webb Space Telescope: Where We Are and Where We Are Going.” The event is free and open to the public.

Registration is required for both the live event and the online event.

The James Webb Space Telescope is the most powerful and complex cosmic observatory ever built and launched into space. It is equipped with powerful infrared imaging and highly sensitive spectrographs and coronagraphs, and its vantage point a million miles from Earth will enable it to look back billions of years to capture images and offer insights into the origins of the first galaxies in the universe.

“We are going to rewrite the textbooks,” Milam told the Cosmic Companion podcast before the telescope’s launch on Christmas Day. “This is the next step for discovery of humankind. We’ve always had this question of ‘Are we alone? What’s out there? What is in space? Is there other life? Could there be other life?’ This is the next step of discovery for not only astrophysics, but planetary science, exoplanet science, extragalactic science. So, I think we are going to learn a whole lot.”

Milam, who serves as the JWST deputy project scientist for planetary science, will provide a status update on the $10 billion space observatory that stands two stories tall in the shadow of a cooling shield that is as wide as a tennis court. She will briefly review Webb’s main science themes and conclude with some revolutionary science planned for its first year of operations.

Webb will be the premier observatory of the next decade, she said. It will study every phase in the history of the universe, from the first luminous glows after the Big Bang, to the formation of solar systems capable of supporting life on planets like Earth, to the evolution of our solar system. It will complement and extend the discoveries of the Hubble Space Telescope with longer wavelength coverage and greatly improved sensitivity.

Hubble, which can observe ultraviolet, visible and near-infrared light, has produced jaw-dropping space images since its launch over 30 years ago. Webb promises to produce even better views of the cosmos.

Webb can observe infrared light, longer wavelengths that are invisible to human eyes, so “we can actually see through different things in the universe and within our galaxy that we haven’t been able to see through with optical light,” Milam said.

This will allow Webb to peer through dust clouds that obscure astronomer’s view of some of the most interesting objects in the sky. 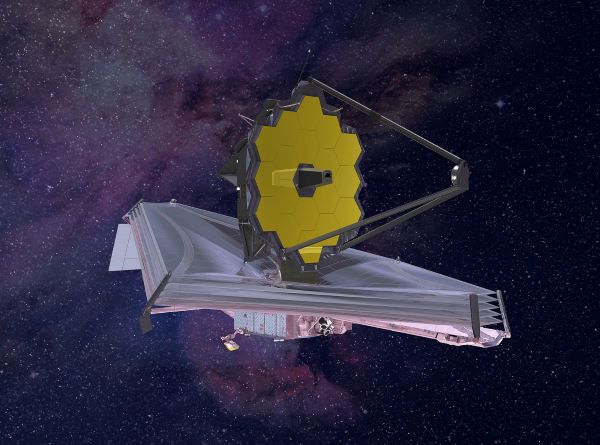 With its much larger primary mirror — 2.5 times larger in diameter, or about six times larger in area, than Hubble — Webb will see the universe in a way that Earth-orbiting telescope never could.

With its much larger primary mirror — 2.5 times larger in diameter, or about six times larger in area, than Hubble — Webb will see the universe in a way that Earth-orbiting telescope never could. And Webb will operate much farther from Earth, maintaining its extremely cold operating temperature, stable pointing and higher observing efficiency than Hubble, which orbits 340 miles above the planet.

“I’m excited,” said Milam, who earned a doctorate in chemistry from the University of Arizona in Tucson. “As a scientist, as somebody who has science planned for the telescope, I can’t wait for the discoveries. I can’t wait to see my first set of data or watch the first images come in.”

Milam was appointed as the Webb deputy project scientist for planetary science in 2014. She evaluates science and design decisions that will be required to finalize Webb’s solar system observing capabilities. She is an expert in laboratory modeling of astrochemistry and molecular astrophysics of the interstellar medium, evolved stars, star formation regions, protoplanetary disks and comets.