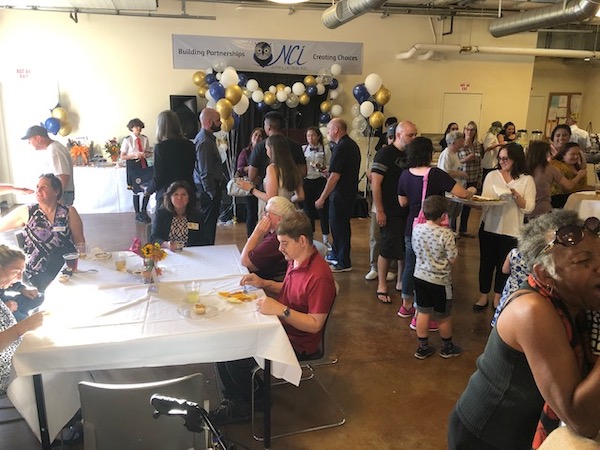 –About three hundred people attended the 40th Anniversary of NCI Affiliates Thursday night at their office on Linne Road in Paso Robles.

“Our 40th anniversary could not have been possible without the support of our business partners and donors in the community,” said Traci Hollinger, Senior Regional Director at NCI Affiliates/Achievement House Inc. “We want to celebrate them as well as all the adults whom we have helped secure useful and productive jobs and live independently within our community.”

One of those individuals, Tristen Saucedo, is currently placed at Cal Trans and Smart & Final through NCI’s Individual Placement Program. He is married with children and has received assistance from NCI’s Community Living Services.

Stephanie Summers is another individual who continues to be positively impacted by NCI’s work. Through the organization’s Individual Placement Program, Stephanie was placed as an employee at Albertson’s, where she has now been working for the past 20 years.

Atascadero Mayor Heather Moreno and several members of the Atascadero School Board attended the event. Kaileah Smith, who represents Assemblyman Jordan Cunningham, presented NCI with a state commendation for their service to the community. NCI Affiliates provides services for disabled residents in the North County to help them find employment and become independent. 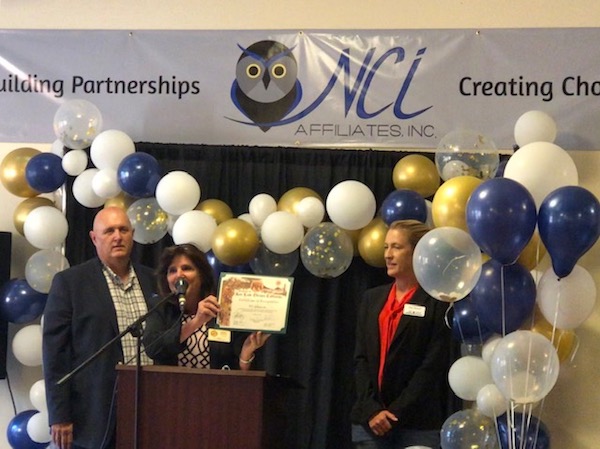 Supervisors John Peschong and Debbie Arnold presented awards to those who contribute to the effort of NCI Affiliates.

Supervisors John Peschong and Debbie Arnold presented awards to those who contribute to the effort of NCI Affiliates. Rob White was honored as the recipient of the Community Partner award for his ongoing support for the past twenty years. Albertsons was also honored for its support of the program.

Bear Market Riot performed before and after the awards ceremony at the NCI Affiliates office, next to the post office on Linne Road in Paso Robles.