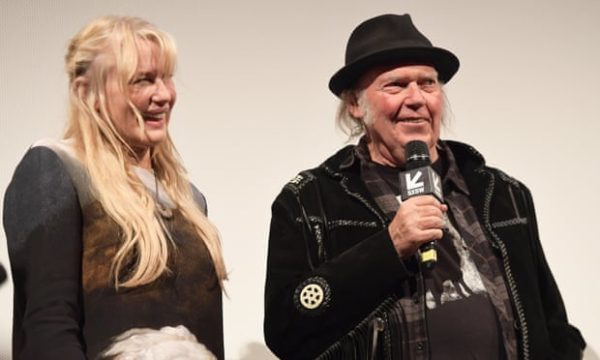 –According to various reports, some big names in the entertainment industry recently tied the knot in Northern SLO County, in a secret ceremony, attended by just 100 guests.

Saturday, August 18, musician Neil Young (72) and activist/ actress Daryl Hannah (57) reportedly married in Atascadero, after a ceremony on Young’s yacht near the San Juan islands. The Mirror was first to report the wedding. According to reports shared on pagesix.com, guests were asked to leave their phones and cameras at their hotels. 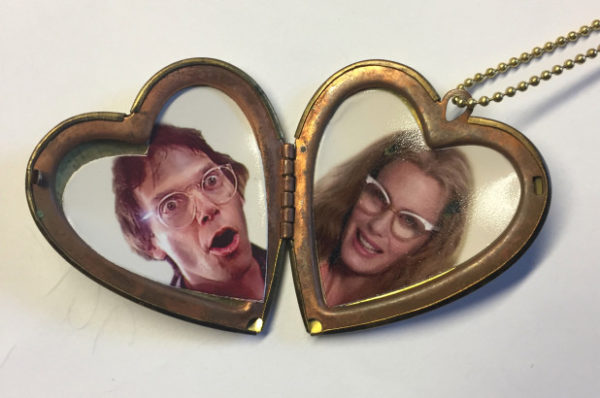 Photo of Neil Young and Daryl Hannah via Page6. The 100 invited guests were each given a heart-shaped locket with photos inside of the bride and groom’s smiling faces.

Hannah is best known for her role as the mermaid leading lady in “Splash,” while her partner, legendary folk rocker Young, recently released six albums in the last four years. Both artists have been very active in the environmental world, attending rallies and being vocal for the past four years together. The couple previously collaborated on the January 2014 environmental documentary filmed in Canada, Petropolis: Aerial Perspectives on the Alberta Tar Sands. 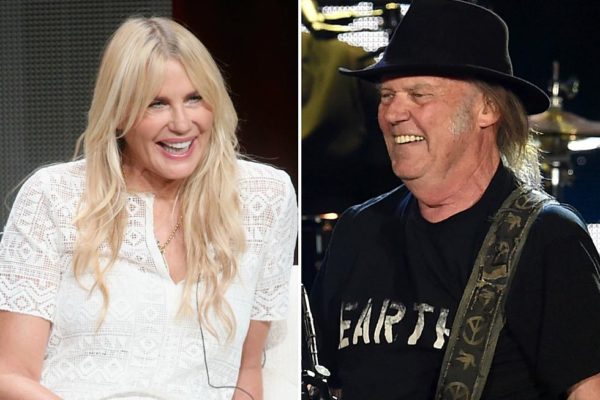 Hannah and Young, Via Getty images

Young recently acted in and wrote the soundtrack for Hannah’s movie Paradox, which was released in March. “It was just for fun,” he said. “We wanted to make a movie, so why not? We had all these people, everybody’s capable of doing it, and we had some time to kill. … We had no limitations. We just didn’t have any money.”

Young shared, “We’re very lucky to have found each other, I’m eternally thankful for the opportunity to share my life with her, and she feels the same.”

“someone’s watching over us…. love & only love,” Hannah captioned on her Instagram photo of an owl on Sunday, Aug. 26. 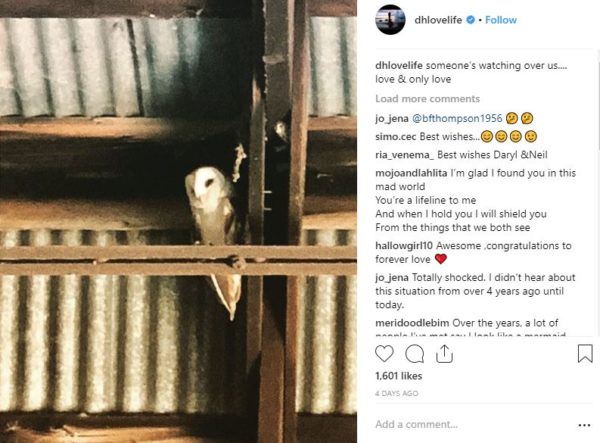 Hannah and Young led the Keystone XL pipeline protest in Washington, DC, in April of 2014, and a few short months later, Young filed for divorce from his wife of 36 years Pegi. After Young and Hannah’s romance was publicly known, Young stated that they didn’t care what people thought about it. “We didn’t pay any attention to that. It doesn’t matter. We don’t give a s – – t . . . What matters is us, not the press.” 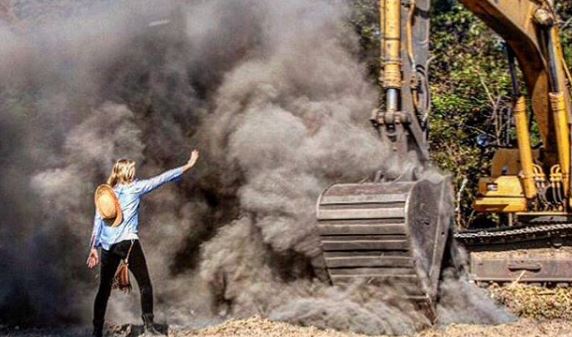