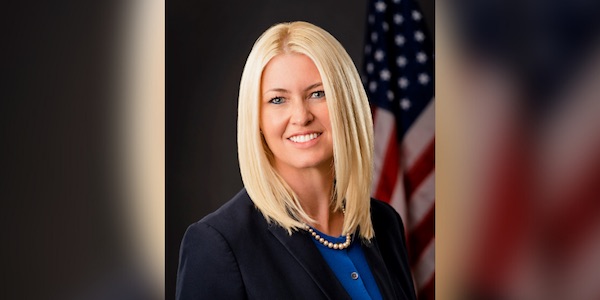 Campbell has worked for the County of Kings since 2005, where she served as both the Assistant CAO and most recently as the CAO, since 2017. In this role, Campbell manages the day-to-day operations of all county functions and activities, which fall under the jurisdiction of the Board of Supervisors, including management of a $443 million budget.

During her time with Kings County, Campbell’s significant accomplishments have included successfully bringing in over $100 Million in competitive construction grants and managing those projects, negotiating a multitude of diverse contracts, including her most recent 25-year Intergovernmental Agreement with the Tachi-Yokut Tribe of the Santa Rosa Rancheria Indians, and leading the county during the longest period of growth, including her direct involvement in increasing the county’s credit rating from an A- to an A. In addition, she has served as an influential member of a number of professional organizations. These include Secretary/ Treasurer of the Statewide California Association of County Executives Organization, Chairperson of the California Statewide Interoperability Executive Committee Central Planning Area, Pioneer Elementary School Site Council Committee member, and Rotary member.

Prior to working for the County of Kings, Campbell served ten years in the United States Navy as an Electronics Technician and, while stationed in Keflavik, Iceland, she led the building and relocation of a North Atlantic communications facility. She also served as a career counselor to assist sailors with their career paths. Campbell was named Navy Sailor of the Year in 2001, and received multiple medals for her outstanding service. Campbell has a Master’s Degree in Business Administration.

Campbell will replace Guy Savage, who is retiring after serving seven years as the Assistant CAO and five years as the Director of IT. CAO Wade Horton stated, “I’m grateful to Guy Savage for his steadfast leadership and service to our county, and excited to welcome Rebecca Campbell to our executive team. She brings proven experience, a fresh perspective, and dedication to service. I’m looking forward to welcoming her and the commitment to excellence she has demonstrated in her life and career.”

“I’m very excited about the opportunity to work with an extraordinary group of department heads and one of the best management teams in the state serving the people of San Luis Obispo County,” Campbell said.

As the assistant CAO, she will support CAO Wade Horton in overseeing an annual budget of $808 Million and a county staff of approximately 2,800. Campbell is scheduled to start in her new role on June 28, 2021.