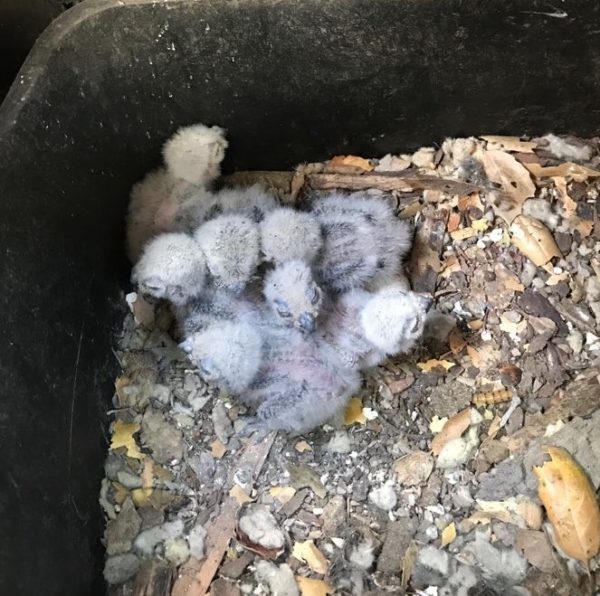 –Charles Paddock Zoo staff is very proud to announce the arrival of two baby Caribbean Flamingos and a clutch of Burrowing Owl chicks.

The zoo has experienced success with the breeding of the Caribbean Flamingos over the past three years and at this time, there are eleven eggs and two of them have hatched. While not all of the Flamingo eggs will hatch, as it’s common to have a number of them that are not fertile. In addition to the flamingos, a pair of Burrowing Owls has also hatched with a clutch of baby owls.

“Our flamingo flock has been raising babies since 2015, when the birds were moved to their new habitat and we received new animals,” zoo director Alan Baker stated. Once flamingos breed, both parents work together to build a nest. A flamingo nest is a mound of mud about a foot high where the female lays a single, large egg. Both parents then take turns sitting on the nest until the chick hatches. Flamingo chicks have gray-white plumage and, for the first month, its bill is straight, not curved like an adult bill. The chick will then develop the trademark pink coloration normally associated with flamingos as it starts to grow into an adult. The pink coloring comes from pigment in the algae, crustaceans, and other invertebrates in their diet. In the wild, these birds inhabit shallow bodies of salty water where this type of food is plentiful. 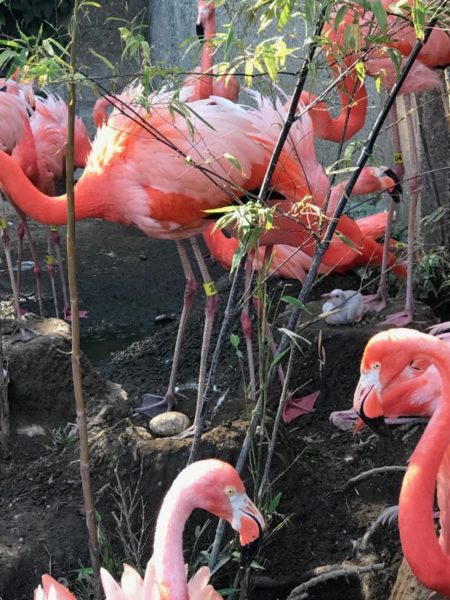 Burrowing Owls have often been referred to as “howdy birds” because they appear to be nodding in greeting from the entrance of their burrows. The Burrowing Owl is a long-legged owl of open country, often active by day and is a very popular owl amongst humans wherever it occurs due to their expressions. The experience of seeing a Burrowing Owl has become extremely rare in many areas of the Western United States, Florida and into southern Mexico and Central America due to their loss of habitat. They usually stay in their nest up to 6 weeks, so while we have these fuzzy little babies, you may not be able to catch a glimpse of them quite yet.

Come visit our newest babies at the Charles Paddock Zoo. Regular admission prices are $7 for ages 12+; $5 for children ages 3-11; Seniors 65+ for $6; and children under the age of 2 are free. The zoo is open daily from 10 a.m. to 5 p.m. The Charles Paddock Zoo is located at Atascadero Lake Park on Highway 41/Morro Road, one mile west of Highway 101. Over 200 animals call the Charles Paddock Zoo home, including red pandas, monkeys, meerkats, parrots, a Malayan Tiger, a variety of reptiles and more.