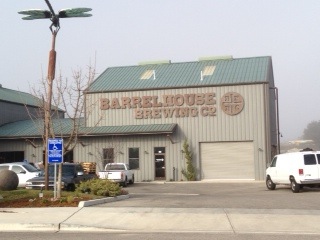 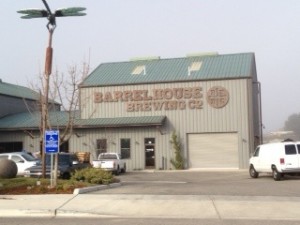 The owners report that “after years of planning and months of blood, sweat, and lots of beers we’d like to officially announce the Grand Opening of the Central Coast’s newest and most unique Craft Brewery – BarrelHouse Brewing Company!”

Join them on Saturday, February 23rd 2013, for live music in their beer gardens with The JD Project Band, tasty local food, and of course their BarrelHouse Brews. Doors open at 11am & Music in the afternoon.

After months of scouring the Central Coast for the perfect location, the owners found their new home at 3055 Limestone Way, Paso Robles, next to Daniels Woodland.

As you turn off Ramada Drive and onto Marquita Way, you will meander around a majestic oak tree. This majestic white oak stands in the middle of where the road would have gone, if not for this tree’s historical significance. If you look closely at the trunk of this old oak, you will notice the mark of an equal armed cross carved into its bark. The cross was carved sometime between 1775 and 1776 when Spanish Lt. Colonel Juan Batista de Anza led more than 240 men, women and children on an overland journey from the frontier New Spain to settle in Alta California. During that 1,200 mile journey, the very thirsty Colonel carved the cross to signify the perfect location for a brewery…well, that’s our story at Barrelhouse and we can’t exactly prove it, but we’re sticking to it! Historians believe that Juan Batista de Anza or someone on his team carved the cross to indicate a safe place to camp. We think it makes a sweet logo, too!

After you pass the old oak, make a left on Limestone Way and look for the dragon fly…you can’t miss it. Stop by, grab a brew or two and relax. Enjoy our glorious beer gardens with friends while you listen to the waterfall and experience the central coast the way it was meant to be enjoyed…outside.”