New book explores the abandoned history of the Central Coast 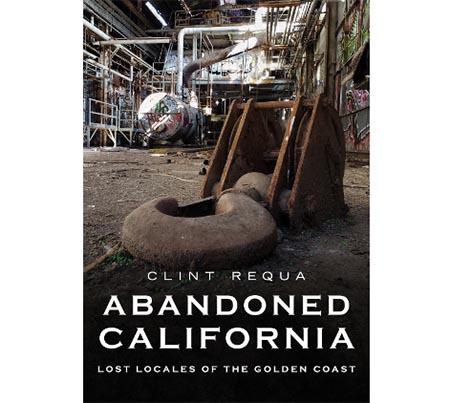 Book expores locations that have slipped through the cracks of time

Throughout its rich and storied history, California has seen the rise and fall of countless individuals, industries, and empires. Men have dug deep into her rich soil in search of mineral wealth. hauling out tungsten, silver, mercury and, of course, gold. Loggers plied their trade in the dense forests of her northernmost corners, harvesting redwood, fir, and pine that would build the metropolises of San Francisco, Sacramento, and Los Angeles. Entire cities have been dreamt up, built. and then left to rot in the desert sun or salty coastal air. Along the way, untold thousands of locations have slipped through the cracks of time, seemingly forgotten in mankind’s eternal quest for greater things. Such is the nature of time that nothing lasts forever; all over the Golden State. the lost histories of California are waiting to be discovered by those intrepid, and perhaps, foolhardy enough to seek them out. From the sunbaked beaches of Los Angeles to the rugged cliffs of the Lost Coast, wherever humans have briefly tread can be found the decaying remains of the world that once was.

Clint Requa is a twenty-seven-year-old water treatment operator and “connoisseur of the inadvisable.” He has been an avid urban explorer for almost a decade, finding his way into long-abandoned mines and empty hospital corridors all over the Golden State. When he isn’t “inhaling the crisp, fresh air found only in the bowels of a Superfund site,” Requa enjoys building and racing cars, swimming. hiking, reading, woodworking, and anything else that might keep a young man’s mind distracted when he’s too cheap to pay for cable. He lives on the sunny Central Coast of California with his fiancé and their four cats.