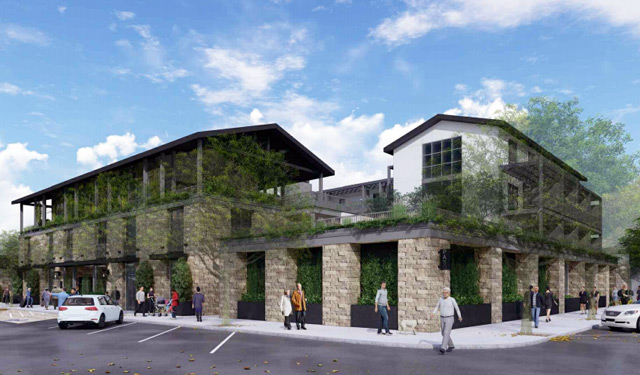 –A new four-story hotel with 56 rooms is being planned in downtown Paso Robles. Plans for the Hotel Paso Robles were set to be reviewed on Monday by the Paso Robles Planning Commission’s Development Review Committee. The project consists of two separate parcels on the southeast and southwest corner of 14th Street and Pine Street.

The southwest corner currently has three single-story commercial buildings, including the Village Thrift Store. These buildings are proposed to be removed and a new boutique hotel will be constructed on the site. The new hotel will be four stories in height and will contain a banquet room and restaurant in addition to the hotel guest rooms.

The southeast corner currently has two single-story commercial buildings. One will be removed to create parking spaces, and one will remain, according to the plans for the hotel property. 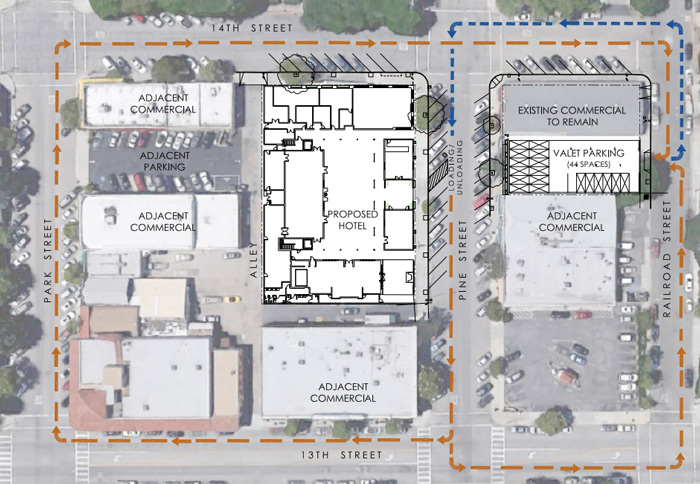